The current captain of the England international team, Steph Houghton is one of the defining figures of women's football.

Playing centre-back for some of Britain's biggest teams, including Sunderland, Leeds United, Arsenal and Manchester City, as well as earning 100 caps for her country, there is no doubt Houghton is a legend of the game.

After making her debut for Sunderland in 2002, she helped the club to win promotion in the 2005-06 season. Despite the club getting relegated the following season, Houghton won the FA Young Player of the Year award and attracted interest from the top clubs in England. She joined Leeds United Ladies, winning the FA Women's Premier League Cup in 2010 before moving to Arsenal Ladies.

At Arsenal, Houghton was central to a hugely successful side, which won a domestic double in 2011 and 2013, sandwiching an impressive domestic treble in 2012. She also played a prominent role in the England team from 2007 onwards, though injury saw her miss out on the 2007 World Cup and Euro 2009. Despite this, she was given a central contract by the FA. 2012 saw her appear as part of Team GB for the 2012 Olympic Games. She finished the tournament as the top goalscorer from the side, despite being positioned at left back.

In 2014 she was offered the England captaincy by the incoming manager, Mark Sampson, a role which she held throughout the 2015 World Cup. She captained the team to an unprecedented semi-final after a wonderful performance in the quarter finals against tournament hosts, Canada. That year she became the first female cover star of football magazine Shoot.

Houghton joined Manchester City in 2014 and has since captained the club to winners medals in the FA WSL 1, FA Women's Cup on two occasions and the FA WSL Continental Cup on three occasions, which included a famous double in the 2018-19 season.

Houghton has become a key part of the England team over the years, including under Phil Neville in the current setup. Having been selected for the England team for the 2019 World Cup, she will hope to play an important role in an England team who are among the favourites for the tournament.

Houghton's husband, Stephen Darby, former Liverpool and Bradford player was diagnosed with motor neurone disease last year and forced to retire. Houghton has made clear her commitment to her husband and that she would step aside from the World Cup should his condition worsen.

There is little doubt though, that Steph Houghton is one of England and international footballs most treasured stars. When the going gets tough, the tough get going, and Houghton has proven time and time again that she is the woman for the big occasion.

"It's Going to be Massive" - Steph Houghton 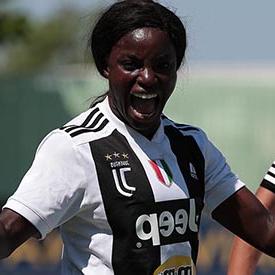 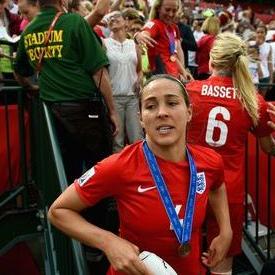