English football pundit, coach and former player, Steve Claridge is a superb football speaker for any event. Discussing his views on the Premier League, Championship and international football, Steve uses his considerable experience in the game to reveal what it's like to play at the very top level.

Steve Claridge is an English football pundit, coach and former player available as an after-dinner speaker. Born in Portsmouth, he has spent a number of periods with teams in Hampshire and Dorset, having begun his career with non-league Fareham Town in 1983. After failing to gain a permanent contract at local league club Bournemouth, Steve spent three years at Weymouth, clocking up 28 goals in over 100 appearances.

From 1988 until 1996 he played for a number of Football League teams, before moving to Leicester City FC with whom he played in the Premier League and won the 1997 Football League Cup. In 1998 Steve moved to Portsmouth FC, becoming the player-manager for the 2000–2001 season. After a spell with Millwall FC, he dropped down to the Southern Premier League to work as player-manager for former club Weymouth FC.

After this ended in 2004, he turned out for a number of significant clubs including Wycombe Wanderers FC and Bradford City FC, and in the process clocking up over a thousand professional games as a footballer.

Formally retiring from football in 2007, Steve moved into media work for the BBC. A respected pundit, he is articulate, approachable and relatable, making him perfect at offering his audience an in-depth insight into the world of professional football.

Watch an interview with Steve, here: 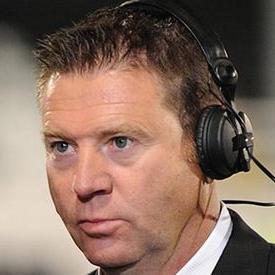