As a sportsperson, Bernard Gallacher OBE is known for his work alongside fellow golf speaker and player Brian Barnes with whom he managed to beat golfing legend Jack Nicklaus twice in one day. And as a golf speaker not only relives his accomplishments but also shares tricks to the trade and sporting success.

With a long and prestigious career, Bernard was the youngest person to represented Great Britain when he took part in the 1969 Ryder Cup, in his capacity as a golf speaker at golf days and after dinner speaker events Gallacher shares with audiences his experiences as a world-class golfer and sports personality; offering them an insight into the competitive and highly publicized world of professional golf.

Still playing in the Seniors League, Bernard also works as an anecdotal sports speaker appearing at corporate and club events as well as the specialist after dinner speaker events. An entertaining and engaging guest speaker, Bernard has appeared at events up and down the UK and is particularly popular back in his home country.

“Bernard was outstanding! His talk was perfect, the members of BNSGC loved it and will go down in BNSGC history as one of the best days ever at the golf club.  Thank you so much for all your help in the end to organise Bernard to come. I will certainly use you again in the future and I am hoping now we will make this an annual event to bring a famous name to the club each year. Thank you again and please please pass on my thanks once again to Bernard for making the day so special, creating memories and above all for speaking on my day. He was a true gent and no problems what so ever.” – Andrew Richardson, Blackpool North Shore Golf Club

“Bernard spoke great, the audience loved it and the fact he came to the club first was the icing on the cake.” – Langland Bay Golf Club

Back to 'Golf Speakers'
To book Bernard Gallacher as the speaker for your corporate event, function or conference, contact The Motivational Speakers Agency using the contact details below:
Enquiry form 0207 0787 876 [email protected]
* 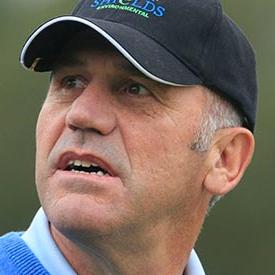