Colin Montgomerie, affectionately known as Monty, is one of the most recognisable and decorated players in the history of golf. His success on the European Tour and Ryder Cup is steeped in the rich tapestry of the game.

Widely considered one of the best golfers never to have won a major championship, Montgomerie finished runner-up in the US Open three times, in 1994, 1997 and 2006, as well as coming second in The 2005 Open Championships in 2005, the 995 PGA Championships and the 1998 Masters Tournament.

Unlucky in so many ways, the gifted golfer has still earned himself a reputation as a stalwart of the game. He was appointed Order of the British Empire for services to the sport in 2005. In 2012 the Golf Club Managers' Association named him as the seventh most powerful person in British golf, and in 2013 he was inducted into the World Golf Hall of Fame.

Both Britain and Europe's most consistent golfer, Colin has captained the Ryder Cup team to glory, been awarded the BBC Sports Personality Coach of the Year and won no fewer than 53 major tours in a 30 year career as a professional golfer, including a British record, 31 European Tours.

Montgomerie first turned pro in 1988, quickly announcing himself at senior level as he was awarded the Sir Henry Cotton Rookie of the Year prize following his debut season. In 1989 he followed it up by winning his first professional event at the Portuguese Open TPC. By 1991, he was making his Ryder Cup debut.

A promising start to his career was about to hit new heights , as Montgomerie charged into the World Golf Rankings top 10 in 1994, and didn't move from it for an astonishing 400 weeks. Throughout that time he would win the Order of Merit in the European Tour, in seven consecutive seasons between 1993 and 1999. He would also be recognised as the European Tour Player of the Year in four of those seasons.

A spectacular spell fell away in the early millennium, but Montgomerie would bounce back to show the sort of form that made him one of the finest players in the game. In 2005, he became the first player to have won 20 million euros on the European Tour. Showing humility, sportsmanship, a fierce competitive streak and a desire and determination to reach the top of the game, Colin Montgomerie is a golf legend. He is ideal for speaking to audiences at sporting, charity and corporate engagements. 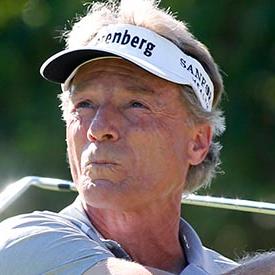 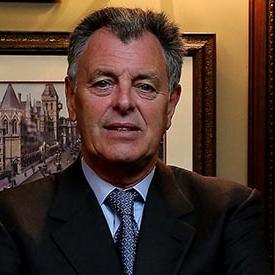