Widely regarded as one of the greatest golfers of all time, Gary Player has accumulated an impressive tally of victories on both the PGA tour and Champions Tours. Known for his fitness and determination to stay on top of his game, Gary is a consummate professional who delivers wonderfully as an after dinner speaker and golf speaker, breaching subjects including achieving your goals, peak performance and gaining success under pressure.

Gary has logged more than 15 million miles in travel during his time as a professional sportsman, more than anyone else no matter the sport they play. Gary has won the renowned Masters on three occasions over two decades, whilst also winning the other three majors on multiple occasions, causing Gary to become the first non-American player to achieve this feat.

Winning 165 tournaments on six continents over six decades, Gary is a legend of the sport and one of the most respected golf speaker and authorities on golf and the intricacies of one of the most pressurised competitive sporting disciplines around.

Gary has branched out into a number of commercial enterprises, including real estate and course design, where he has designed over 325 courses on five continents throughout the world. Gary also operates The Gary Player Foundation, with 2013 bringing the landmark of a total of over $50 million raised in funds since establishment to promote education for underprivileged children across the world.

Gary was inducted into the World Golf Hall of Fame in 1974 and voted South African sportsman of the century and eighth greatest golfer of all time in 2000. April 2009 marked the last time that Gary played at The Masters, playing for a record 52nd time. Gary had played at the tournament every year except 1973 since 1957. Gary has posed nude for ESPN’s The Magazine annual body issue in order to raise awareness about looking after your body throughout your life, with the hope that people will become inspired to follow in his footsteps and enjoy healthier and longer lives.

Gary enjoys joining in on golf days as much as he does when asked to deliver as an after dinner speaker or question and answer session as a sports speaker. Mingling with guests and answering their questions, Gary is an enthusiastic and entertaining personality to attend your event. With the option to join in on match play, Player shows guests the skill and passion he has for a game that has treated him so well.

Watch Gary offering some of his expert tips, here: 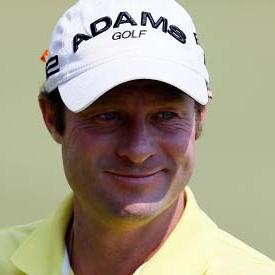