James Poulter is a leading figure in the realms of technology and innovation, currently working as the co-founder and CEO of Vixen Labs. Famed as the former Head of Emerging Platforms & Partnerships for Lego and the Senior Manager of Global Social Media for Lego, James is renowned for pursuing new technologies that build customer engagement. Now also a leading innovation and strategy consultant, James is hired as a speaker for a range of corporate events. When booked as a speaker he covers topics including ambient technology, ethics and morality of digital technology and innovation culture.

An innovation and strategy enthusiast, James Poulter is famed for his former role as the Head of Emerging Platforms & Partnerships for Lego. Now the Co-Founder and CEO of Vixen Labs, James is also called upon for his expert advice as a start-up consultant, helping to shape the future of work with his innovative strategies. An expert at building digital consumer engagement, James is now booked as a speaker for a range of corporate events, covering topics such as ambient technology, the innovation pendulum, innovation culture and the ethics and morality of digital technology.

Back in 2008, James began his illustrious career as the founder of Exodus Media, a podcast production company that produced shows such as the Club NME Show. Unfortunately, the company did not reach the success James had hoped for, and he then became a Guest Lecturer at the University of Westminster and a Digital Strategist for Ogilvy Public Relations Worldwide. Working with Ogilvy for two years, James worked on the digital influence team overseeing everything from blogging to social media and search engines. He then moved on to become a Digital Director for Euro RSCG Biss Lancaster and a Senior Social Media Communications Consultant for Lexis: The Recommendation Agency. He has also acted as a Social Communications Trainer for PRCA and the UK Director of YouVersion The Bible App for Life.Church.

In 2012, James became the Associate Director of Digital UK & EMEA for Edelman, a role in which he led the pan-EMEA social and digital media for Edelman’s clients. Working with clients such as Microsoft, PayPal, HP and Bose, James developed creative campaigns and has also acted as the Lead Digital Strategist for Xbox. In 2015, James became the Senior Manager of Global Social Media for Lego, developing the social media and marketing strategy of the iconic brand. He was also part of the development team of Lego Life, and worked on strategic innovation projects for Lego. He was later appointed as the Head of Emerging Platforms & Partnerships for Lego, exploring new technologies and partners. Other prominent roles of James’ have also included being a Founding Board Member of the Digital Future Council, Digital Strategic Advisor for The Church of England and Director of Programming for Modev.

Founding Voice2 and Co-Founding Vixen Labs in 2018, James is now sitting at the helm of two voice and conversational AI industry leaders. A driving force of acceleration in the voice and conversational AI industry, James enlightens audiences on the possibilities of voice-enabled experiences and what the future holds for technology. Sharing how technology will shape the future of work, James covers topics such as the innovation pendulum, innovation culture and ambient technology. When looking for an expert in all things AI, technology, future of work and futurism, book James Poulter today.

"I thought James' talk was intuitional, intentional and intelligent. His delivery style was very much the zeitgeist of our times. It inspired a vast amount of ideas" - Syniad, Cardiff University

"JP is full of energy, ideas and passion for technology. He is a very strong networker and collaborator who is always looking to support new projects and initiatives and is focused on ensuring he has a strong knowledge and expertise on whatever the 'next big thing' around the corner is. He also has a fantastic network and is a valued sparring partner on many topics- from Voice to Blockchain via GIFs and Emojis. It has been great working with him at LEGO Group" - LEGO

"One of the few people I've met that have the real ability to read people and situations well, and act on that knowledge in ways that lead to real interpersonal effectiveness. In the fast-paced and dynamic digital environment, there are some situations where entrepreneurs often find themselves struggling to steer safely out of a conversational jam- James definitely does not have that problem, he loves sharing his experience to help others build their business or community" - TeComm & Lebero Events

"In this new age of digital marketing and PR, there are few people in the UK that absolutely 'get it'. Those that do have been busy proving just how valuable this new way of doing things is to business and James is one of those people. Knows his stuff, explains it in an easy to understand way and keeps his eye on future trends and how it all fits together" - Business & Mindset Mentor

Back to 'Innovation Speakers'
To book James Poulter as the speaker for your corporate event, function or conference, contact The Motivational Speakers Agency using the contact details below:
Enquiry form 0207 0787 876 [email protected]
* 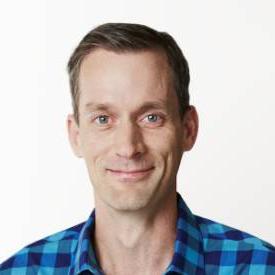