From stylish model to acid burns victim, Katie Piper’s life was transformed when she was targeted by an ex-boyfriend in an attack. Fast forward and over 400 operations later she has become a role model to many, a popular presenter and advocates for positive mental health, self-love and resilience, making her a truly inspirational speaker.

Inspirational acid attack survivor, Katie Piper has a remarkable story to tell. From model to victim and finally global role model, Katie’s journey following her horrendous ordeal has been watched by the world and inspired a body positivity movement. Having overcome the mental and physical wounds she suffered, Katie is now a high-profile presenter who is known for empowering audiences through her television appearances, books, charity work and speaking engagements.

Pursuing a career in the spotlight from a young age, Katie started modelling for newspapers and promotional events, which led her to move to London. Landing roles as the presenter of digital channels and gaining web-based features, Katie was thriving in 2008. However, Katie’s life changed forever when she met Daniel Lynch and started a relationship, which soon turned sour. Following a violent assault from her now ex-partner in a hotel room, only two days later Katie was tricked into leaving her apartment where she had sulphuric acid thrown in her face by a stranger. After 12 days in a coma, a pioneering skin graft and wearing a face mask for 23 hours a day, Katie survived the ordeal which had been orchestrated by her ex and carried out by his friend.

Having suffered life-changing injuries, Katie soon began to suffer mentally too, with anxiety and depression, expressing her desperation not to continue. However, over 400 operations later, she has not let her attack define her, instead, she has become an advocate for self-love and victim support, setting up The Katie Piper Foundation within the first year of her recovery, to help others. Waiving her right to anonymity in 2009, Katie bravely starred in the Channel 4 documentary ‘Katie: My Beautiful Face’ to raise awareness for burns victims. Since, Katie has further documented her story in multiple best-selling books including her autobiography, 'Beautiful’ and the self-help book ‘Things Get Better'. In 2022 she received an OBE for her services to charity and victims of burns and other disfigurement injuries

Now a high-profile presenter, Katie has fronted Never Seen a Doctor, Songs of Praise and numerous factual features on her story. She has completed UK wide speaking tour titled ‘What’s in My Head’ in 2018, with many sell-out dates and is the regular host of live events. Nominated for a BAFTA and receiving the ‘You Can’ award at the Sainsbury’s Women of the Year 2011, Katie’s influence is undeniable, thanks to her determined advocacy and down to earth persona. At events, Katie is sought after to inspire audiences of all demographics and share how she honed her resilience in the face of adversity, in a bid to motivate others to do the same.

Watch Katie share her story during this keynote speech;

2021 - Appeared as a panellist on Loose Women

2018 - Published From Mother To Daughter

2014 - Published Beautiful Ever After

2012 - Published Things Get Better and Start Your Day With Katie

2012 - Featured in Channel 4 documentary Katie: The Science of Seeing Again

2011 - Katie: My Beautiful Face won the Best Documentary Programme at the Broadcast Awards

2011 - Starred in Katie: My Beautiful Friends

2010 - Katie: My Beautiful Face was nominated for Best Single Documentary at the BAFTA Television Awards

2009 - Took part in the Channel 4 documentary My Beautiful Face

Back to 'Keynote Speakers'
To book Katie Piper as the speaker for your corporate event, function or conference, contact The Motivational Speakers Agency using the contact details below:
Enquiry form 0207 0787 876 [email protected]
* 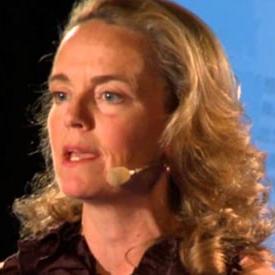 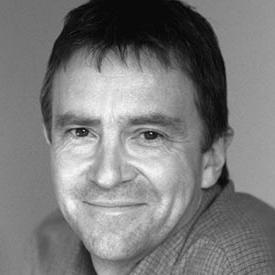