Jonathan Lovitz is famed for his role as the Senior Vice President of the National LGBT Chamber of Commerce. An advocate for the rights of LGBT individuals, Jonathan has had significant impact on several public policies surrounding such individuals. A former theatre performer, Jonathan has also taken to the stages of Broadway entertaining crowds and critics alike. As a speaker he is sought for his advocacy of rights, to champion acceptance in a diverse world.

Jonathan Lovitz is widely recognised for his advocacy of the rights of LGBT individuals. Through his role as the Senior Vice President of the National LGBT Chamber of Commerce (NGLCC), Jonathan has pioneered the company as the national press secretary and the head of political and advocacy work. Passionate to better the lives of LGBT individuals, his position at the NGLCC has allowed Jonathan to have a prominent impact on laws across counties, cities and states. He also frequently works to provide opportunities economically to LGBT business sectors.

Using his prominence to spread his important messages of advocacy, Jonathan has taken his views to conferences and the press around the globe. He has previously contributed as a commentator for The Advocate, Out Magazine, MSNBC, CNBC and NPR, spreading awareness of the issues that continue to face LGBT communities in today’s world. In a bid to further his advocacy, Jonathan has also acted as the Director of Communications at StartOut. StartOut is a non-profit organisation with a vision to empower LGBT individuals to pursue careers as entrepreneurs and business leaders. In this role, Jonathan worked to spearhead the outreach and inspiring messages of the brand and pioneer LGBT entrepreneurship.

Jonathan rose to prominence as an advocate after he refused to participate in the New York City jury, pushing that there was a lack of equality for LGBT citizens, especially regarding marriage and protection. Such views saw Jonathan appear in the press, and he has since been recognised for several awards and listings by high-profile publications. He has been recognised as one of 40 LGBTQ Leaders Under 40 by Business Equality Magazine and 40 Under 40 by the Philadelphia Business Journal. He has also received recognition from The Advocate Magazine, named as a 2019 Queer Icon. His previous university, the University of Florida, honoured Jonathan as an Outstanding Young Alumni and was also selected as a keynote speaker as part of their Pride Awareness 2014 celebrations.

Outside of his advocacy for LGBT rights, Jonathan has also found himself taking to the stages of Broadway as an avid performer. Acting in productions such as Joseph and the Amazing Technicolour Dreamcoat and Jesus Christ Superstar, Jonathan toured national and regional theatres entertaining mass crowds with his talent. Such a career also led Jonathan to appear on television, formerly working as an interviewer of LGBT issues for Logo TV. He was also fortunate to work as the host of Setup Squad, a reality TV series following a dating agency.

Other prominent roles of Jonathan’s include serving on the Red Tape Commission and as a consultant for the Gay Officers Action League, part of the New York Police Department who awarded him the 2018 Sam Ciccone Community Service Award.

Now a prominent public speaker, Jonathan is sought by a wide variety of clients to share his empowering messages and advocacy for LGBT rights. Primarily focused on LGBT business and youth issues, Jonathan has previously delivered at various college and universities to engage and encourage young individuals to follow their ambitions. A passionate and authentic speaker, openly gay himself, Jonathan is able to speak from personal experience and with knowledge which makes him a popular choice for public speeches. Covering topics such as diversity, inclusion, economic strength, advocacy in the digital age and LGBT rights, Jonathan Lovitz is a unique and passionate speaker who is the perfect choice to inspire acceptance in the workplace.

Jonathan Lovitz is the Senior Vice President of the National LGBT Chamber of Commerce and an LGBT advocate. Here he is delivering an interview on LGBT issues.

Advocacy in the Digital Age

Senior Vice President of the National Chamber of Commerce

Named in the 40 Under 40 list by Philadelphia Business Journal

Named as a 2019 Queer Icon by The Advocate Magazine

Named Outstanding Young Alumni by the University of Florida

To book Jonathan Lovitz as the speaker for your corporate event, function or conference, contact The Motivational Speakers Agency using the contact details below: 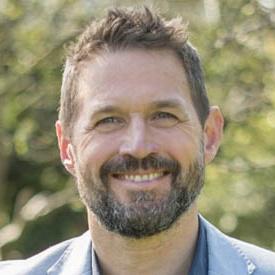 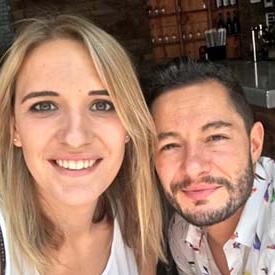