British singer-songwriter and actor who came to light through his appearance and victory on ITV’s talent contest Pop Idol, Will Young is an important member and campaigner of the LGBT community.

After winning a talent contest loved by the nation, Young went on to release six albums as well as a greatest hits album. He has been on multiple tours and won many awards including two Brit Awards. It’s estimated that he has sold over eight million albums worldwide in total.

Will has also ventured into a career in film, television and theatre. He made his first on-screen appearance in the BBC film Mrs Henerson Presents and his West End debut in the musical Cabaret. Since then, he has made multiple TV appearances such as Skins, Top Gear and Saving Planet Earth.

Supporting a multitude of charities including Women's Aid, Mencap and Oxfam and acting as an ambassador for Catch22, the Prince’s Trust and the Mood Foundation, Will Young has an admirable contribution to society and aims to impact the world positively.

Young shows determination and a strong passion towards pushing for equality for the LGBT community. In February 2019 he appeared on children's TV show CBeebies to read a bedtime story about same-sex parents as he believes

“inclusivity must start at the youngest age possible.”

He read the book Two Dads, which tells the story of a boy who has been adopted and finds himself happily raised by two fathers.

A natural speaker and spokesperson for charity gAID, Will Young has a captivating and motivating story to share.

LGBT Speaker
After Dinner Speaker
Equality
People Motivation & Empowerment
Back to 'Diversity and Inclusion Speakers'
To book Will Young as the speaker for your corporate event, function or conference, contact The Motivational Speakers Agency using the contact details below:
Enquiry form 0207 0787 876 [email protected]
* 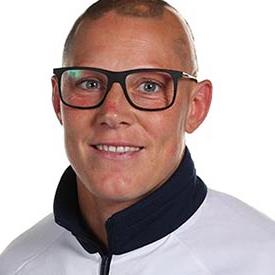