Martin Glenn is well remembered as the former CEO of The Football Association and is the current Chairperson of the Football Foundation. Having also worked as a CEO for top companies such as PepsiCo, Birds Eye and United Biscuits, Martin is widely regarded as a leading expert in international consumer goods. Frequently booked as a keynote speaker, Martin covers the topics of marketing, branding, corporate transformation and business turnaround.

Martin Glenn is a famed businessman, well known for his impact as the CEO of international consumer goods. Also highly experienced in sports governance, Martin has developed a variety of sectors and has also worked in marketing and branding. Having built such extensive knowledge, Martin is now leading a career as a non-executive and is also working as a keynote speaker for a range of events. As a speaker, Martin is sought to cover his expertise in marketing, branding, turnaround and transformation in a range of engaging speeches.

Best known as a leading CEO and expert in sports governance, Martin is remembered as the former CEO of The Football Association and the current Chairperson of the Football Foundation. Outside of sports, Martin has also worked as a leading CEO of many consumer goods companies. He has formerly acted as the CEO of PepsiCo, Birds Eye and United Biscuits, an experience that has allowed him to become knowledgeable in the art of business management and development.

After studying at the University of Oxford, Martin began his career as a brand manager for Cadbury. Here he developed his expertise in branding and management, which later led him to become the Marketing Manager for UK and Germany for Mars Petcare and the Marketing Manager, Director and CEO of Walkers Snack Foods. Martin is well remembered for introducing Gary Lineker to the Walker brand, cultivating the famous Gary Lineker marketing campaign that has stuck with the brand. Martin was also part of the team that launched the iconic Doritos Tortilla Chip to market.

Currently, Martin is pursuing a career as a non-executive, working roles such as Non-Executive Director of Froneri and Non-Executive Chairman of the Chapel Down Group. He is also the Chairperson of the Football Federation, continuing his legacy of sports governance. Martin is now widely recognised as one of the leading UK marketers and has formerly received recognition as the number one on the Influential Marketers List by Marketing Magazine.

Martin is also now following opportunities as a keynote speaker, with an extensive career of managing high-performance teams crediting his ability to speak on business management. Also as a speaker, he is sought to cover his expertise in marketing and branding, and how businesses can achieve innovative marketing strategies. A passionate professional, Martin draws upon his experience of consumer goods management and sports governance to deliver an insightful speech.

"He gave a different business perspective; a realistic philosophy which inspired me to think more about what consumers want." - Centura

“The talk was engaging and thought provoking and feedback from key clients is that they have used some of the messages at their board meeting this morning. The best speaker we have had on our series of dinners to date and Martin will be hard to beat.” – Kate Reid, RSM

Back to 'Marketing & Branding Speakers'
To book Martin Glenn as the speaker for your corporate event, function or conference, contact The Motivational Speakers Agency using the contact details below:
Enquiry form 0207 0787 876 [email protected]
* 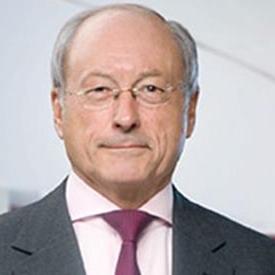