Daisy McAndrew is an accomplished television and radio broadcaster, who has worked for the likes of ITV and the BBC. Formerly the Chief Political Correspondent, Special Correspondent and Economics Editor for ITV, Daisy has covered the most pressing political stories of recent years and developed her knowledge in economics, finance and international affairs. Now a Radio Presenter for Times Radio and the Royal Commentator for NBC News, Daisy is also booked as a confident event speaker, moderator and facilitator who makes events run smoothly.

Former Chief Political Correspondent for ITV, Daisy McAndrews is highly regarded as one of Britain’s most prominent broadcasters. Starting her working career as a researcher in the House of Commons, Daisy diversified into broadcasting in 2001. Joining the BBC in 2003, Daisy soon rose to national prominence. Now a popular choice as a conference facilitator and motivational speaker, Daisy is able to draw upon her knowledge in broadcasting to cover a range of subjects such as economics, finance, futurism, international affairs, politics and the media.

In 2005 Daisy joined ITV News, taking on the role of Chief Political Correspondent and Economic Editor in 2008. Spending a successful seven years with the broadcaster, Daisy covered prominent events from the credit crunch to the recession as well as holding the title of special correspondent. In 2013 she left her role at ITV, working as a freelance presenter, coach, advisor and media trainer. The BBC was also fortunate to have Daisy on their broadcasting team, as the co-presenter of The Daily Politics Show alongside Andrew Neil and presenter of Yesterday in Parliament during BBC Breakfast. Daisy also has experience of radio broadcasting, presenting the drive time show for LBC. Other TV credits include The Wright Show, Have I Got News For You? and Despatch Box.

In her early career, Daisy worked for 10 years as a conservative researcher. She also devoted her time to writing for a number of publications, in particular The House Magazine where she profiled several MPs. Eventually, Daisy was given the opportunity to act as the Press Secretary for the Liberal Democrat leader Charles Kennedy. Her time spent at Westminster allowed Daisy to nurture her knowledge in politics, whilst building an impeccable communicative skillset. Most recently, in 2021, Daisy has become a Radio Presenter for Times Radio and a Royal Commentator for NBC News, covering the most topical stories related to the Royal family and commentating on Royal documentaries such as A Very Royal Baby and Secrets of the Royal Palace. She has also acted as the co-presenter of TalkRadio and a radio presenter of the O2 Business Show.

A patron of St John’s Hospice, an active supporter of Crisis and Vice Chairman of the Board of Internews Europe, it is clear that Daisy’s career in broadcasting has nurtured an interest in supporting important causes worldwide. With the skillset developed from broadcasting, Daisy is a confident conference facilitator, comfortable to deliver knowledge and advice in the face of a large audience. Well informed in political and economic issues, Daisy is also able to deliver an adept keynote pivotal to such subjects. An impeccable advisor and comprehensive communicator, Daisy is often called upon as a leading industry professional offering advice to executives and employees countrywide.

"Daisy McAndrew supported an event of Samsung's... absolutely hit the mark in her ability to put an audience at ease, share knowledge and professionally introduce various speakers. Her wit and charm became the glue that brought all the components of the event together and as a result the response we got from our customers was excellent. We were so impressed with Daisy's performance that we had no hesitation in asking her to support the next iteration of the event the following summer. If you need a trusted and experienced pair of hands that is going to maximise your brand's presence and offering, look no further than Daisy" - Samsung

"It was great to work with Daisy McAndrew as she makes my day so much easier than it would be otherwise! Her grasp of the issues and energy on stage made this year's event informative, engaging and entertaining too" - ABTA

"Daisy McAndrew's performance, professionalism and warm personality ensured that the facilitation played an important and influential part of the whole day. We had great delegate feedback regarding her role and the extent to which she managed to control proceedings. We can't thank her enough, she carried it all off in such style. We wouldn't hesitate to recommend her as a facilitator" - CAPITA

"She was fantastic. She stepped in a couple of times when the moderator hesitated; this really helped it not go flat etc. She'd done loads of research as well" - Barclaycard

Back to 'Media & Journalism'
To book Daisy McAndrew as the speaker for your corporate event, function or conference, contact The Motivational Speakers Agency using the contact details below:
Enquiry form 0207 0787 876 [email protected]
* 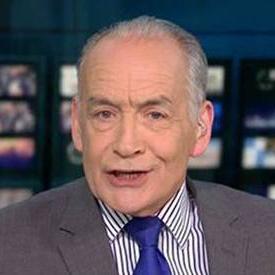