Thomas Dunning is a passionate mental health activist, fuelled to break the stigma that surrounds mental illness. Having suffered from mental illness himself, diagnosed with Borderline Personality Disorder, Social Anxiety Disorder and PTSD, Thomas is making it his mission to ensure that no one struggling with their mental health feels alone. As a mental health speaker, Thomas brings an authentic and passionate viewpoint to the topic and pushes the message of ‘healthy body, healthy mind’.

Thomas Dunning is a passionate mental health activist, fuelled to break the stigma that surrounds mental illness. Having suffered with mental health himself, diagnosed with Borderline Personality Disorder, Social Anxiety Disorder and PTSD, Thomas is making it his mission to ensure that no one struggling with their mental health feels alone. As a mental health speaker, Thomas brings an authentic and passionate viewpoint to the topic and pushes the message of ‘healthy body, healthy mind’.

Having struggled with mental illness, Thomas unfortunately has attempted to take his own life. In a bid to help his recovery, Thomas founded Mental Health Runner, using his passion of running to help both himself and others find a form of escapism. In partnership with Mental Health Runner, Thomas has also become a popular keynote event speaker delivering speeches to top clients to help change how mental health and illness is perceived. In his darkest days, Thomas felt as though he was alone and the only one suffering with mental illness. So, Thomas now works to help people have access to the right support that they need to overcome their struggles, and to support, motivate and inspire people to keep on going.

Thomas is also the founder of the First Steps Forward Programme, helping individuals who have been diagnosed with mental health issues to put on their trainers and find their own happiness in running. Thomas has also forged a reputation as a popular and award-winning mental health blogger. He has previously been voted as the runner up in the SUNDRIED Health Blog of the Year and has also authored Surviving the War Against Yourself. Thomas has also claimed the Active Lincolnshire Active Change Award, started Run Talk Run Lincolnshire and been appointed as the Service User Governor for Lincolnshire Partnership NHS Foundation Trust. Thomas is also a member of the Brooks Run Happy Team, and a qualified Leader in Running Fitness with Athletics England.

Now a popular event and keynote speaker, Thomas has been hired by countless businesses and organisations to deliver authentic and insightful speeches about mental health. Thomas has previously performed a TEDx talk, titled The Fight For Survival in the War Against Yourself. He has also been hired as a speaker for Associated British Foods Plc, Germains, Lincoln College and Boston College to name but a few. Thomas is also sought as a mental health consultant, delivering speeches and workshops to school and college students to encourage meaningful talks around an important subject. Also a media volunteer for Mind and Rethink, Thomas is the perfect choice as a speaker to bring awareness to mental health issue and stamp out the stigma surrounding them.

"At VMware, we are passionate about Diversity and Inclusion, with Mental Health being a key thread in that program. I was looking for an external speaker who could help me put across, in authentic language, that Mental Health, can and does, affect anyone/everyone. Thomas Dunning’s story is at the same time tragic, inspiring and very, very thought-provoking. Working with him has helped us put the internal dialogue about Mental Health onto a different level. Tom is engaging, disarmingly honest and tells a true story of suffering, overcoming adversity and personal/spiritual development that will inspire even the most stoic and stiff upper lipped members of any team. Amazing." - Simon, VM Ware

"Just a quick note to say how good the video was and on the back of a feedback discussion, My students really did take a lot from the presentation. I personally thought it was excellent and really did pick up a lot of positives from Toms difficult and sometimes harrowing journey through the Quagmire. Once again thank you for putting this on it really has helped me and my students to be better informed and more understanding regarding mental health." – Tutor, UCNL

"The webinar is going to become mandatory for all groups to watch which is just amazing. When some sort of normality resumes we would love to also have you in college giving talks to students." - Higher Education Schools & Community Engagement Coordinator, UCNL

"Thank you again for your time and energy in the session on Tuesday morning with AB Sugar head offices.  Even though it has only been two days, it has acted as a further catalyst to amplify the discussion around the importance of mental (and physical) health. For info, [AB Sugar Managing Director] plans to write out the leadership teams across AB Sugar later today and will link back to your session to say how he found your journey inspiring and will remind people of the importance to take time to look after our own wellbeing." – Head of HR AB Sugar

"I have just listened to your story – very powerful and very honest. Thank you for sharing, you are a great advocate for mental health." – Group Company secretary & Head of Legal Services @ABF Weston Centre

"A huge thank you from myself and the Wellbeing Team for coming to King’s Lynn and talking to us today.  As I mentioned I had already received great feedback before you had even left the building and it continued for the rest of the afternoon! It is remarkable how well you speak about your experiences and your story is truly inspiring.  I hope you continue with your talks and I wish you well with your future projects which sound really amazing.  I will be promoting you wherever I can within the group, so hopefully you may get a call from somewhere else." - Wellbeing and Office Manager @Germains seed Technology Kings Lynn

"Thomas spoke during the first lincolnshire Think Active (Mental Health and Physical Activity) Conference at the beginning of March 2019. His experiences have led him to help others by giving the most inspirational speaches, he is confident, motivated and extremely engaging and I am very sure that the work he is doing is going to help a lot of people in the future! Keep up the great work Thomas!" – Project Team Member at Active Lincolnshire

"I just wanted on behalf of all of us at the ABF Head Office to thank you so much for joining us during mental health awareness week. I know I speak for others when I say that your story which you generously shared with us was humbling and inspiring. I joined the morning Session and listened intently to what you said and so many others did which will help them no end." – ABF Chief people and performance officer

"Please pass on our thanks to Tom, his talk was very insightful and resonated with a lot of our team and lots to take away for individuals and a business." - Anila, OM

Back to 'Mental Health Speakers'
To book Thomas Dunning as the speaker for your corporate event, function or conference, contact The Motivational Speakers Agency using the contact details below:
Enquiry form 0207 0787 876 [email protected]
* 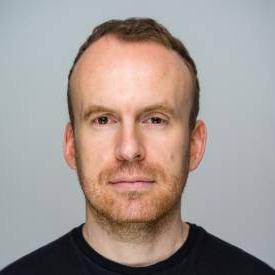 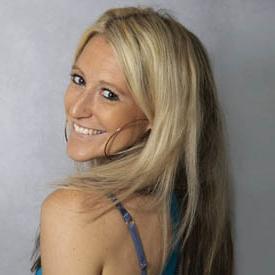 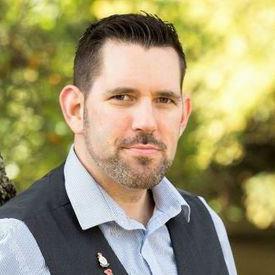