Nicky Moffat is a former British Armed Forces Soldier, who served an impressive 27 years in military service. Now specialising in leadership development consulting, Nicky utilises her expertise in core leadership, delivery and training to help high-profile companies better their workforces. After being responsible for the professional standards of over 4500 soldiers, Nicky knows the ins and outs of personal development and encouraging actionable change.

In 1985 Nicky began training at the Royal Military Academy Sandhurst, chasing her dream of military service. After graduating she attended Cranfield University where she obtained an MA in Military Studies. From that point on Nicky joined the Women’s Royal Army Corps, and went on to serve for 27 years. During her military service, Nicky was fortunate to experience a diverse array of positions.

In 1994 Nicky was appointed as an instructor at The Army Staff College. Here she established her expertise in personal development, training the future commanders and officers of the Army. Nicky covered all aspects of military service in her training, from leadership and communication to intelligence and logistics. Nicky was then appointed as a Company Commander of the Army Training Regiment, another testament to her proficiency in leadership. Commanding over 30 instructors, Nicky was highly responsible for the training of budding Army recruits. After this role she moved on to become the Management Planner of Army Headquarters Land Forces, managing the collective training budget for the headquarters and pioneering a new training organisation.

In 1999 she was appointed as the private secretary to the Secretary of State for Defence. Responsible for support on defence-related commitments and relations, Nicky oversaw operations across the globe from the Middle East to Africa and Asia. She then moved to the role of Commanding Officer of the Army Personnel Support Training School, delivering leadership, technical, command and management training to 80 military and civilian individuals. Her final positions in the Army were as Head of Army Pay, Allowances, Charges and Pensions, Career and Talent Manager and Director of Personnel Administrative Capability. In reward of her commitment to the Armed Forces, Nicky was appointed CBE during the 2012 New Year Honours, was selected as one of BBC's 100 Women and was recognised as the "Highest Ranked Woman in British Armed Forces".

Throughout her military career, Nicky was bestowed with a huge responsibility which allowed her to develop strong skills in decision making and delivering under pressure. Now a public speaker and leadership development consultant, Nicky puts into practice the skills she honed in the Army. Helping organisations with the personal development of employees, Nicky delivers transformational change along with the strategies needed to implement it. Providing practical advice, Nicky has provided her influence across sectors such as retail, defence, law, recruitment, media and construction. Nicky has also been invited to interview on several prominent TV programmes, such as Newsnight, Woman’s Hour and BBC Breakfast. With a strong track record of driving major change, Nicky is the perfect speaker for a range of corporate events.

"Practical advice that I can use today. Nicky is such an engaging speaker. Great mix of the blue sky aspirational stuff with the realistic stuff"- Solicitor

"Thought provoking and provided many useful tools. Drawing on her own professional experience and career path heightened the impact"- Legal Consultant

"Your session was inspirational and your journey to the top is a complete eye opener…how strong a character you must have to get to where you are! Your session has motivated me to have a look at my own journey and take stock - thanks so much"

"Nicky’s session at our M&A Conference went fabulously well…she was a massive hit and we all really enjoyed her presentation and insights. I heard a great deal of positive reaction to her session and it was one of the most popular of the day. It hit the mark exactly and gave us all much to think about; I’m sure I’m not the only one today determined to put her ideas into action! Our managing partner also turned up because he wanted to hear what Nicky had to say. Everyone was impressed by Nicky’s experience and her direct, no-nonsense approach to leadership balanced with just the right dose of humour and selfdeprecation"

"We booked Nicky to talk at our ‘women in road’ network event. Nicky gave a fantastic talk and really connected with her audience who found her both interesting and thought provoking. She was a great success and feedback after the event was all positive – they loved her!"- Emma, The AA

Back to 'Military Speakers'
To book Nicky Moffat as the speaker for your corporate event, function or conference, contact The Motivational Speakers Agency using the contact details below:
Enquiry form 0207 0787 876 [email protected]
* 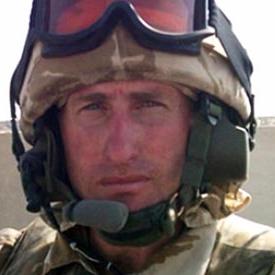