When it comes to Olympic motivational speakers, one name will always come to mind, Steve Redgrave. One of the most courageous rowers of all time, Steve redefined the sport and made Britain known as one of the finest countries for producing Olympic rowers.

Not many Olympians walk away with Gold medals, but during Steve’s many years on the water, he walked away with five gold medals at each of the Olympic events between the years 1984 and 2000. Steve has competed alongside other British Olympians like Matthew Pinsent and James Cracknell he is one of the most iconic Olympians in the world.

One slightly concealed fact about Steve was his persistence to compete in the sport even though he was battling with illness throughout most of his career, yet despite this, he continued to push himself to the limits.

There came a point though when Steve had to retire from the Olympics putting the world of rowing behind him. He did have an incredibly long career spanning nearly two decades and throughout his career, he battled with illness, yet competed at an Olympic level a truly inspirational sportsman.

For Steve’s continuous devotion to the world of rowing, he was knighted in 2001, but also holds two prestigious titles: MBE and CBE. Being one of the greatest Olympians of all time and holding multiple records it is no surprise that he didn’t give up on sport altogether.

After years of competing in sports, you won’t find Steve on the lakes rowing anymore, but you might be lucky enough to see him on TV presenting numerous sporting events. Time and time again Steve has shown his incredible talent for commentary, which makes him a fantastic speaker for any event, and he is certain to motivate any crowd.

Steve has shown his incredible talent for commentary, which makes him a fantastic speaker for any event, and he is certain to motivate any crowd.

Sir Steve looks back on his Olympic legacy, here:

"Steve was fantastic! He went down an absolute storm - he was the highlight of the conference. His speech was very appropriate to the event and he stayed around and took photos with the attendees. He was a really nice guy and very easy to work with." - Mars Inc

"Your status in sport and your achievements to date made you the correct choice to join us on this occasion, but your personality, grace and good manners demonstrated that you are a true ambassador for sport and role model for our youth and you would be welcome back at any time." - Riffa Views

"Tesco were delighted that Sir Steve Redgrave could make a unique contribution as a speaker at a recent launch. As our foremost Olympian he brings a reputation that is both inspiring and motivational. Sir Steve demonstrated a level of approachability and openness that helped make the event truly memorable." - Tesco 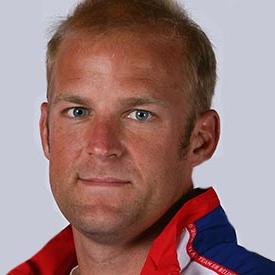