Adrian Newey has forged a successful career in motorsport, having both designed cars and worked with the world’s top racing teams such as Red Bull and Williams. Currently, he is the Chief Technical Officer of Red Bull Racing and has helped to design the cars that saw Red Bull claim their first Constructors title. Having helped shape the modern era of Red Bull Racing car design, Adrian is now available to hire as a speaker to share his stories from a successful career in the motorsport industry.

Adrian Newey OBE is a leading figure in the motorsport industry, having worked with esteemed F1 race teams such as Williams and Red Bull. Currently working as the Chief Technical Officer of Red Bull Racing, Adrian has impacted everything from the design of race cars to propelling famous racers to win Drivers’ Championships. Having shared his expertise as everything from a race engineer to a technical director, Adrian is now available to hire as a speaker for a range of events to share his experience at the forefront of motorsport.

After achieving degrees in Aeronautics and Astronautics, Adrian began his motorsport career as part of the Fittipaldi Formula One team and later the March Engineering team. Proving his prominence in the sport, Adrian went on to become a race engineer in the European Formula 2, before following a passion for designing. His first design was the March GTP Sports Car, followed by designing the March Indy Car and the March 881 F1 car. In the 1990s, Adrian accepted a role at Williams, and by the end of his tenure there allowed four drivers to claim the Drivers’ Championship and helped claim five Constructors’ titles.

Back in 2006, Adrian joined Red Bull Racing, and has since made a colossal impact on the racing team. Elevating the team to competitiveness, Adrian has designed winning Red Bull race cars, with the RB6 design claiming the first Constructors’ title for Red Bull. He went on to help design several other winning cars and has overseen Red Bull to win countless titles within motorsport. Stepping back from the forefront of technical operations, Adrian has adopted a wider role at Red Bull and continues to apply his design flair to many of Red Bull’s vehicles. A regular staple at F1 races, it is without a doubt that Adrian has played a significant part in shaping the sport as we know it.

A prominent figure within the motorsport industry who has influenced the design of F1 cars for years, Adrian is now available to hire as a speaker for a range of corporate events. Revered by motorsport enthusiasts across the globe, Adrian shares his experiences from working with top-flight motorsport teams such as McLaren, Williams and Red Bull along with his expertise in design. With his car designs having won 10 Constructors’ championships, it is without a doubt that Adrian has had a revolutionary impact on the F1 sport and continues to excel Red Bull to their winning status today. When looking for a motorsport professional to speak at your next event, don’t hesitate in booking Adrian Newey OBE today for an engaging and unique speech from the perspective of a race engineer and designer.

Back to 'Motorsports Speakers'
To book Adrian Newey as the speaker for your corporate event, function or conference, contact The Motivational Speakers Agency using the contact details below:
Enquiry form 0207 0787 876 [email protected]
* 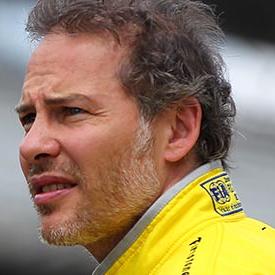