Widely regarded as an Olympic legend, Carl Lewis is a former track and field athlete with an impressive roster of success. From winning 9 Olympic Gold medals to being named World Athlete of the Century, Carl has left his mark in the history of sport and is widely regarded as an influential sportsman. As a speaker he is sought to deliver his motivational story of success and how he became one of the greatest athletes of all time.

Born into a family with a history of sporting success, his mother a member of the Pan-Am hurdling team, Carl was destined to follow in their footsteps. Coached by his father, an elite sports coach, Carl began to compete in track and field events and showed signs as a promising athlete. Making his breakthrough in the sporting world during the 1980s, Carl began performing impressive feats even in his youth career such as qualifying for the Olympic Games and becoming the fastest 100m sprinter in the world. From that point on Carl has set several world records and claimed an impressive number of medals across a plethora of prestigious sporting events.

First competing in the 1984 Los Angeles Olympic Games, Carl has since gone on to win nine gold and one silver Olympic medals. Competing in events such as 100m, 200m, long jump and relay, Carl is a diverse and talented athlete who has continually wowed crowds of all sizes. Named Olympian of the Century by Sports Illustrated, Carl has left his mark and has proved his dedication and love for the sport through his impressive track record. Carl has performed many incredible feats during his performances at the Olympic Games, most notably becoming only one of three Olympians to claim a gold medal in the same event at consecutive games, winning gold in the long jump event at 1984, 1988, 1992 and 1996 games.

Carl has competed in countless prestigious competitions and has continually added to his collection of medals, titles and records as the years have passed. By the end of his illustrious career, Carl had accompanied his Olympic Medals with eight gold, one silver and one bronze World Championship medals competing in the disciplines of long jump, 100m, 200m and the relay. He also displayed his incredible sporting ability to claim two gold and 1 bronze Pan American Games medals as well as three gold, one silver and one bronze Goodwill Games medals. Alongside his ever-growing collection of medals, Carl also set world records in 100m, long jump, 4 x 100m and 4 x 200m relay with his world record in the long jump still standing since he set it in 1984.

Continually setting the standard for sporting success in various track and field events, Carl has landed many titles. He has been voted World Athlete of the Century by the International Association of Athletics Federation and Sportsman of the Century by the International Olympic Committee. He has also claimed the title of Athlete of the Year from Track & Field News, awarded the title for three consecutive years in 1982, 1983 and 1984. Finishing his career with 65 consecutive victories in the long jump, Carl was inducted into the New Jersey Hall of Fame and Texas Track and Field Coaches Association Hall of Fame.

Since retiring from the track in 1997, Carl diversified into film and television and also dedicated time to coaching budding sportsmen and women. He has featured in several different films throughout the years, playing cameos of himself in Material Girls, Speed Zone and Perfect Strangers and also appeared in the documentary titled Atomic Twister. As a coach, Carl returned to his routes at the University of Houston, working as an assistant track coach at the university. He is also heavily involved in charity work, founding the Carl Lewis Foundation which supports many other famous charities such as Ronald McDonald House and The Wendy Marx Foundation.

With such an illustrious sporting career to his name, Carl is now sought as a public and after dinner speaker. Thrilling audiences with his tales of sporting success, Carl is able to provide an authentic address on both the challenges and successes of an elite sporting career. Covering subjects such as overcoming odds, developing a champion mindset and taking command, Carl is the perfect speaker to inspire budding future generations of sporting heroes and encourage others to follow in his footsteps.

Carl Lewis is a former track and field athlete, best known for his incredible 9 Olympic Gold medals. Take a look at him speaking in this interview, discussing his determination to succeed both on and off the track.

"Carl Lewis was recieved very well; the attendees were very excited to have him at the conference"- Martie, Corporate Entertainment

Voted Sportsman of the Century by the International Olympic Committee

Named Olympian of the Century by Sports Illustrated

Inducted into the New Jersey Hall of Fame

What it Takes to Win

Opportunities and Challenges for Young People

Back to 'Olympic Speakers'
To book Carl Lewis as the speaker for your corporate event, function or conference, contact The Motivational Speakers Agency using the contact details below:
Enquiry form 0207 0787 876 [email protected]
* 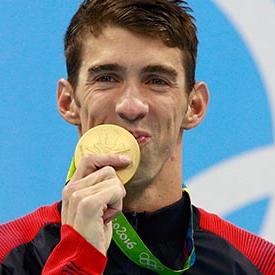