Iwan Thomas is one of the greatest 400m runners in British history. He has written his name into the history books, holding British and Commonwealth records. A picture of determination and discipline, Iwan is an athletics speaker with an inspirational story to share.

Despite injury troubles plaguing much of his career, Iwan proved his ability on countless occasions. He was part of the famed Great British 4x400m relay team in the 1990s. The team first won gold in the 1995 European Cup before they finished second in the 1997 World Championships in Athletics in Athens.

In 2008, 11 years after the 4x400m relay team's silver medal at the 1997 World Championships, the Great British team were awarded a gold medal after the US team was disqualified following the use of performance enhancing substances by Antonio Pettigrew.

1998 was to get even better for Iwan as he achieved a gold medal at the European Championships in Budapest, both in the 400m and 4x400m relay. The same year he would take gold at the IAAF World Cup in Johannesburg before capping off an incredible season with gold in the 400m and bronze in the 4x400m relay at the Commonwealth Games in Kuala Lumpur. He was appointed MBE in 1998 in recognition of his achievements and services to British athletics.

His immense natural talent was unfortunately hampered by injury, ending his chances of appearing in the 2004 Olympic Games and the 2006 Commonwealth Games. Despite this, he showcased enough in his career to be named in the Welsh Athletics Hall of Fame in 2008.

After announcing he'd retired live on Talksport, Iwan moved into media and television work. He became a regular panelist and contestant on television shows such as A Question of Sport, Through the Keyhole, Superstars, Hole in the Wall, Celebrity Masterchef and The Real Hustle. In 2015, Iwan participated in Strictly Come Dancing, partnering with Ola Jordan for the series. But his stint on the show didn't last long. He was back on our screens in 2016 for the Paralympic Games coverage in Rio broadcast on Channel 4.

“A lot of young people can relate to Iwan’s determination, dedication and desire ” - Tottenham Hotspur Foundation

Back to 'Olympic Speakers'
To book Iwan Thomas as the speaker for your corporate event, function or conference, contact The Motivational Speakers Agency using the contact details below:
Enquiry form 0207 0787 876 [email protected]
* 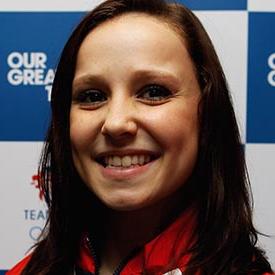