Born in 1986, Joanne Jackson is a highly acclaimed retired freestyle swimmer. The sister of retired Olympic swimmer Nicola Jackson, it is no surprise that Joanne has taken the swimming world by storm. Born in Northallerton, she attended Richmond School, in North Yorkshire. At the 2004 Athens Olympics, Joanne competed in the 400 metres freestyle and 4×200 metres freestyle relay. After dominating the event, she earned herself the title of British and European 400 metres freestyle champion.

At the time, her sporting career was partly funded by the Richmondshire District Council, where she swam for Derwentside ASC in Consett, as well as Richmond Dales ASC and Durham Aquatics. Joanne’s international swimming debut was in 2003, at the World Swimming Championships in Barcelona.

In 2006, she competed at the Commonwealth Games, where she won a silver medal in the 400-metre freestyle event. Two years later, on the 11th of August 2008 whilst at the Olympics, Joanne secured a bronze medal at the 400 metre freestyle. On the 16th of March, 2009, Joanne showed the world of swimming exactly the level of talent she possessed. With a time of 4:00.66, she broke the previous world record in the 400-metre freestyle. In the process, she beat her British rival and the former reigning Olympic gold medallist, Rebecca Adlington, who had previously set the world record with a time of 4:00.89.

Prior to retiring in 2012, Joanne competed at the London 2012 Olympics. Despite finishing 7th in the 400 metre freestyle heat with a time of 4:11.50, she was a part of the British team that finished 5th in the 4×200 metre freestyle relay. Joanne’s legacy as a top-level swimmer positioned Great Britain as a leading country of competitive swimmers.

Joanne is now a celebrated motivational speaker, and highly sought after keynote speaker. She features at events nationwide, sharing her extensive knowledge of not just swimming, but competing at peak performance. Audiences who witness Joanne speak are inspired to push their own capabilities, as she has done.

Watch an interview with Joanne here: 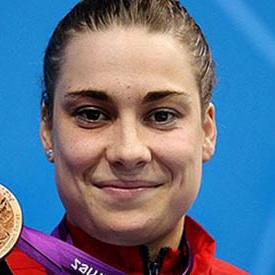 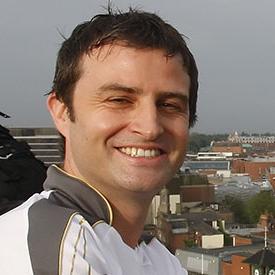 Giles Long One Of Britain's Most Successful Paralympic Swimmers Ever