Laura Kenny (née Trott) is a 4x Olympic Cycling Champion, 7 x World Cycling Champion making her quite simply Great Britain's most successful Olympic female competitor in any sport. One of the most exciting cycling prospects the country has ever produced, Kenny inspires and entertains audiences at speaking events up and down the country.

One of the biggest success stories of the London Olympic Games was the rise of Laura Kenny. The professional track and road cyclist shot onto the scene claiming two gold medals, including the team pursuit, setting a new world record in the process, and the omnium. Advised to take up the sport as a youngster to improve her asthma caused by a collapsed lung sustained at birth, Kenny is one of the most exciting cycling prospects in the country.

Racing for British Cycling and her team, Matrix Pro Cycling, Laura's impressive career has helped her suitability as a sports speaker. She is especially popular as an Olympic speaker following her repeated success at the very top of international cycling. Claiming numerous track titles at Junior level, Kenny was destined for senior success making her debut within a senior competition when she claimed gold at the 2011 World Championships, with Wendy Houvenaghel and Dani King in the team pursuit.

Kenny has continued her impressive career by winning a multitude of titles, most recently dominating at the 2014 UCI Track World Championships. With four Olympic gold medals, having won both the team pursuit and the omnium at both the 2012 and 2016 games, she is sure to have a fruitful career which will last a number of years, with her proficiency across the sport helping to increase her suitability as an Olympic speaker, centring on her inspirational and motivational success and her meteoric rise to fame. Having being appointed to Commander of the Order of the British Empire (CBE) in 2017 and then Dame Commander in 2022, Kenny further cemented her place in British sporting history.

With her personal relationship with fellow Team GB cyclist, Gold Medallist Jason Kenny making headline news throughout the games, Laura Kenny has captured the hearts of many sports fans throughout the world as a loveable character. The pair have since married and in August 2017 they announced the birth of their first child. Having overcome adversity to reach the peak of an incredibly competitive sport, Kenny has a lot to offer through her role as an Olympic Speaker.

Due to her young age, she is able to connect well with girls and young guests, acting as an inspiration to them. Her bright future within the sport makes her the ideal after-dinner speaker; Laura Kenny is perfectly suited for any event, conference or occasion as an eloquent sports speaker.

Watch a Q&A with Laura, here: 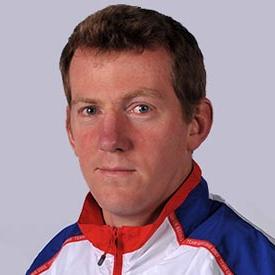