The most successful Paralympic swimmer in Britain, former Director of Paralympic Integration and nine-times gold medal winner, Lord Holmes of Richmond MBE is an inspirationally strong figure in both the sporting and political world.

From an early age, Chris Holmes had a promising sporting career ahead of him. Also, an academically bright student with aims to attend Cambridge University, his whole life was turned upside down at the age of 14 when he unexpectedly turned blind overnight due to Familial exudative vitreoretinopathy. A shock that would’ve torn down the most of us didn’t hinder the drive and determination of Chris’ mindset as he went on to earn straight A’s for his A-levels along with a place at Cambridge University to study Social and Political Sciences.

Prior to his eye disorder, swimming in the Olympics had always been a dream for him, however, sight impairment seemed to only push him harder as he joined a Birmingham swimming club and trained at the same level as those with full vision. He became a member of the Great Britain Swimming Team in 1985 and qualified for his first Paralympic Games in 1988.

As well as being captain of the Paralympic Swimming Team for five years, he won 15 Paralympic Games medals (nine gold, five silver and one bronze medal). His astonishing achievements as a Paralympian are not the only achievements to his name as his success has extended across two World Swimming Championships and seven European Swimming Championships, he has held seven World swimming records, 10 European records and 12 British records.

Since retiring from swimming, Chris has worked as a journalist and qualified to become a commercial lawyer. He was also appointed as the Director of Paralympic Integration for the London 2012 Games where he combined his political skill and determination to bring the first Paralympic Games to achieve worldwide television audiences in the hundreds of millions. His huge contribution to the country was valued massively and he was invited by the Prime Minister to enter the House of Lords as a life peer in recognition of his achievements assuming the title, Baron Holmes of Richmond. His contribution has been felt in forming the legacy from the London 2012 Olympic and Paralympic Games. He also sat on the Digital Skills Select Committee which made recommendations in a report in 2015.

Chris’ story is truly inspirational and he also offers a hint of humour in his speeches as he recollects memories of life with his guard dog, Lottie, navigating him around the House of Lords. A supporter and patron of several charities, Chris is a role model admired by many, and with particular expertise in diversity and inclusion, he is the ideal motivational speaker at any event or conference.

The Paralympics
Drive & Determination
Dealing With Adversity
House Of Lords

"Chris Holmes was excellent and was a perfect choice for our event! He was funny, down to earth and very inspiring - we had great feedback from our Trustees and guests, thank you Chris Holmes." - Director, The Garfield Foundation

"Lord Holmes is an absolutely fantastic and inspirational speaker. His life experience teaches any audience that no matter the obstacle, anything is possible. He is passionate, extremely engaging and a pleasure to work with. I've had Lord Holmes at several of my events and every talk he gives is tailored to the audience and topic. I highly recommend him." - BPP

Back to 'Olympic Speakers'
To book Chris Holmes as the speaker for your corporate event, function or conference, contact The Motivational Speakers Agency using the contact details below:
Enquiry form 0207 0787 876 [email protected]
* 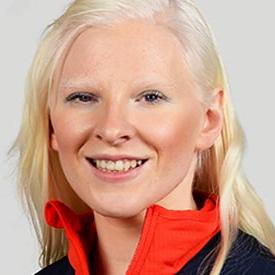 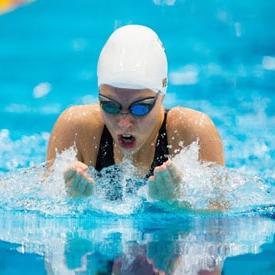