Award-winning author and broadcaster Jez Rose is a key advocate for the effect nature has on human wellbeing, health and behaviour. Jez founded The Good Life Project, a research project which works to evidence that nature has an impact on human emotions and wellbeing. As a revered and highly sought-after public speaker, Jez has delivered keynote addresses worldwide, as well as TEDx speeches across the UK and USA.

Nature and the environment have always been a strong passion of Jez’s. In 2017 he moved to a decommissioned farm, patiently working to bring it back to prominence. Now a multi-award winning and organic farm, Jez is the proud owner of the world’s first Carbon Neutral honey farm. Jez’s likeable persona has secured several TV appearances, beginning with presenting children’s TV and now travelling the country as part of Saturday’s Kitchen and in the studio for Saturday Morning. He is also frequently recognised as presenter of QVC.

Regularly writing for publications such as Liz Earle Wellbeing, Countryfile and The Daily Telegraph, Jez is highly regarded as a leading professional in his sector. Continually sought after as a public ambassador, Jez has worked on campaigns for companies such as Honest Organic, The Happy Egg Company, TK Maxx and Crowne Plaza Hotels and Resorts. A coherent author, Jez has written several books both for children and for adults. His titles include Zooster McFlooster & the Very Big Sneeze, The Sock Thief, Flip the Switch and LEGACY.

For 10 years Jez has worked as a Behavioural Insight Advisor, working to help businesses with techniques to change behaviour in the workplace. With his expertise, Jez has formed a reputation as an adept keynote speaker delivering eloquent presentations for some of the world’s most high-profile brands. Previous clients include the likes of Volkswagen, Lloyds TSB, Audi, Coca-Cola and Avon. His best-known keynote is titled Nature, Nurture, packed full of lessons on emotional welfare and understanding the way we act. Jez also draws upon lessons that can be taught from the natural world, such as working for the greater good like Elephant herds or leadership and collaboration as seen with Honeybees. He is passionate in emphasising that nature has important lessons for humans to learn, lessons that humans have ignored for centuries. Jez is a firm believer that nature has an overwhelming impact on human behaviour and emotions, a complicated and meaningful topic that is pivotal to his keynote speeches.

Jez is frequently called upon as an articulate conference facilitator and an industry favourite for many high-profile awards ceremonies. Energetic and humorous in his presenting style, Jez is always well-received no matter the event he attends bringing his passion to a diverse range of events. From discussion panels to workshops, Jez is unique in his addresses as a public speaker delivering expertise to executives and employees alike.

Listen to Jez talk about our perceptions of ourselves and whether we see ourselves as generous or greedy;

“The feedback here has been quite amazing, from “where on earth did you find a guy like that” (in the best possible sense) to “this was one of our best quarterly meetings ever”. Whichever way you look at it, it was a win... I found it to be educational and entertaining. Your style is completely different to any presenter I have seen before which is what made it so fresh and memorable. So from us, our thanks for a great session which fitted well into the agenda.”  - Kraft Foods UK (2013)

“Great, Jez. Spoken to the client and the word "sensational" came in the conversation.... Hope to work with you again soon.”  - Speaker Agency (2013)

“Very many thanks from my team for an excellent presentation on Wednesday... I know the audience really loved your energy, enthusiasm, comedy but above all valued your thought provoking comments and key themes. Thanks also for all the help during the preparation phase.” - Brammer plc event , Birmingham (2012)

“I wanted to say thank you for your session yesterday. There was a fantastic buzz among everyone after you had left, with many people talking about your reinforcer behaviours and techniques. This was a great session to end the conference on” - Lloyds TSB Private Banking event London

“I met you in Munich at the recent BI event that you “moderated”! You were hands-down the best that we have had”. - Boehringer Ingelheim Conference, Munich (2012)

“The event went really well and the energy and enthusiasm from Jez was just what the audience needed. Presentation was on the mark too. The client was very happy. Thanks so much and will definitely be working with Jez again.” - Pradaxa Conference (2012)

Nature, Nurture- a topic frequently covered in his keynote addresses, Jez is a firm believer in the science of nature affecting human behaviour and emotion. Having researched into emotional welfare, culture and leadership Jez provides insight into how we can improve our emotional state along with lessons that can be learnt from the natural world around us.

Human Behaviour- In his proficiency as a Behavioural Insight Advisor, Jez has built invaluable and unique expertise within human behaviour. He is able to help organisations to improve the way that employees think, behave and achieve, eliminating disengaged workforces and dispassionate working cultures.

Transformational Leadership- with his expertise in behaviour Jez is able to deliver adept keynotes on transformational leadership. He uses his in-depth knowledge of behaviour to help top executives understand their employee’s emotions, which in turn helps them to transform the way in which their companies are led.

Back to 'Peak Performance Speakers'

To book Jez Rose as the speaker for your corporate event, function or conference, contact The Motivational Speakers Agency using the contact details below: 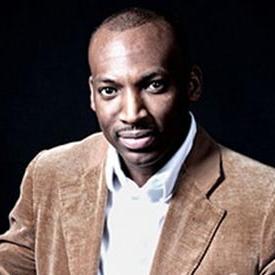 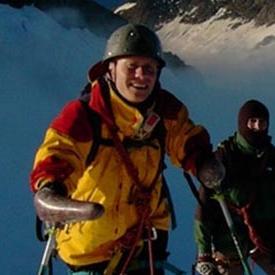 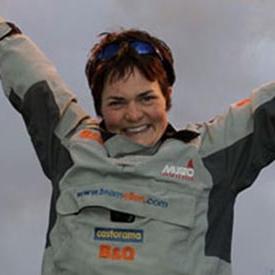