Helen Clark is widely remembered for her tenure as the Prime Minister of New Zealand. Having enjoyed a highly successful political career and claiming countless awards, such as the Lifetime Achievement Award, Helen is currently a Patron of the Helen Clark Foundation. Now booked as a speaker for corporate events, Helen is sought to speak on topics such as gender equality, political corruption, inclusion, diversity and more.

A pioneering politician, Helen Clark is widely remembered for her tenure in New Zealand politics. Enjoying a variety of roles at the epicentre of the New Zealand Government, Helen has established a reputation for her passions in gender equality and has continually striven for equality in positions of power. Also having a substantial impact on factors such as environmental sustainability, economic growth and international trade, Helen is regarded as an influential leader and an authority on a number of prominent subjects. Since stepping down from politics, Helen has been booked time and time again to appear as a keynote speaker, hired for her passions in gender equality and knowledge of politics.

Widely known for her political career, Helen Clark was formerly the Prime Minister of New Zealand. Elected to the role in 1999, Helen served numerous terms before stepping down from the position nine years later in 2008. During her tenure, Helen was famed for being the second female Prime Minister of New Zealand and also created a strong reputation for her passions to ensure gender equality in positions of power. Determined to make a difference, Helen left her mark in history by electing women to roles such as Chief of Justice, Speaker of the House of Representatives and Governor-General.

For the vast majority of her career, Helen has been a member of the New Zealand Labour Party. She first entered the world of politics assisting Labour candidates for the Auckland City Council, a council for which she herself stood for election. Unfortunately, Helen failed to secure a seat and so spent the following years as a lecturer in Political Studies at the University of Auckland. She was finally elected to parliament in 1981, serving as a member of the national executive committee for Labour. She later went on to become a Cabinet Minister in 1987, Leader of the Opposition and Shadow Spokesperson for Health and Labour.

Other prominent roles of Helen’s include being the United Nations Development Programme Administrator, Minister of Foreign Affairs, Deputy Prime Minister of New Zealand, Minister of Health and Deputy Leader of the Labour Party. Her commitment has seen Helen claim countless awards, including being named as the 22nd Most Powerful Woman in the World by Forbes Magazine and appointment as Member of the Order of New Zealand. Other prominent awards include Grand Cordon of the Order of the Rising Sun, United Nations Environment Programme Champions of the Earth award, the Nuclear-Free Future Award, the Peace Prize of the Danish Peace Foundation, the New Zealand Suffrage Centennial Medal and more.

Currently the Co-Chair of the panel reviewing WHO’s Covid-19 response, Helen is also regularly booked as a speaker for a variety of different events. Revered for the impact she had on New Zealand politics, Helen has formerly been invited to deliver the TEDx talk Yes She Can and is a seasoned corporate event speaker. When booked as a speaker, Helen is sought to cover topics such as gender equality, diversity, inclusion, multilateralism, sustainable development and political corruption. Also a Patron of the Helen Clark Foundation, Helen is passionate to create a more inclusive and fair society and is also a member of the Council of Women World Leaders. When looking for a speaker who is suited to explore the diverse landscape of politics and to champion important issues, Helen Clark is an ideal speaker for a variety of events.

Back to 'Politics Speakers'
To book Helen Clark as the speaker for your corporate event, function or conference, contact The Motivational Speakers Agency using the contact details below:
Enquiry form 0207 0787 876 age[email protected]
* 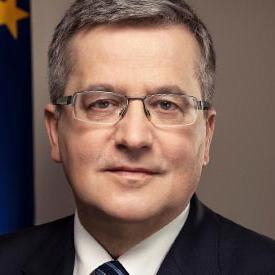