Leading barrister, Helena Kennedy has worked tirelessly to champion human rights, in particular the rights of women and children. Also a politician, Helena has been a pivotal figure in educational and social reforms and advocates for social justice, civil liberties and culture. A confident and personable individual, Helena is sought as a keynote speaker for a range of corporate events, considered an industry-leading authority within her sector.

After studying law at the Council of Legal Education, Helena has enjoyed a successful career as a barrister at Gray’s Inn. She has worked on countless high-profile cases, committing over 30 years to instances such as the Guildford Four appeal, the bombing of the Israeli embassy and the Brighton Bombing as well as several homicide trials. Helena’s most recent cases see her involved with the wave of terrorism, with trials such as Operation Crevice and the bombing of Transatlantic Airlines.

As well as a barrister, Helena also dedicates some of her time to politics. She is a Member of Lords, sitting on the side of Labour passionately championing social justice, human rights, culture, women’s rights and civil liberties. She has continually raised awareness of the discrimination against women in law, both of women in the profession and of women who have required law services. Championing the increase of women in law, Helena has spearheaded continued research into female lawyers and the current absence of females in the profession. Her continued activism for the cause has seen immense change, and in reward for her commitment, she received the 1999 Times Newspaper’s Lifetime Achievement Award.

Along with championing female empowerment, Helena has also been a prominent figure in other reforms. In 1988, Helena acted as a founding member of Charter 88 in a bid to raise awareness of failing British institutions. Chairing the charter, Helena was able to encourage huge reform and also persuaded the Labour party to adopt the mission of the charter into their manifesto. Helena’s work also had a pivotal effect on British law, after the charter made the European Convention of Human Rights come into effect in British Laws. She was later part of the National Commission for Education, chairing the Further Education Commission. Her role as chair pioneered the creation of the Learning Works report of 1997, and The Helena Kennedy Foundation was established in her honour. The Helena Kennedy Foundation works to provide funding for those who are disadvantaged to progress into higher education.

In addition to her services as a barrister and a politician, Helena has also worked in broadcasting and authored several books. She created Blind Justice for BBC and has worked as a presenter on Heart of the Matter, After Dark, Raw Deal on Medical Negligence, The Trial of ‘Lady Chatterley’s Lover’ and Time Gentlemen, Please. She has also written the books Eve was Framed: Women and British Justice, Just Law: The Changing Face of Justice and Why it Matters to Us and Eve Was Shamed: How British Justice is Failing Women.

Helena has established a respected reputation across a breadth of sectors, a reputation that has landed her countless appointments as chair, patron or president of notable organisations. Some of those appointments include honorary fellow of the Royal College of Psychiatrists, Royal College of Paediatrics and Child Health and the Institute of Advanced Legal Studies as well as the president of Medical Aid for Palestinians and City and Guilds of London Institute. Her work has also landed her a reputation as a popular public speaker, having addressed countless audiences on subjects such as law, politics, human rights and female empowerment. An authoritative voice on such subjects, Helena is continually sought by high-profile clients across the globe.

Helena Kennedy is a renowned barrister that has continually challenged the injustice of the law system. Here she is delivering a TED talk titled The Law is Male, where she discusses the injustices that face women in law and how this needs to change.

"To share a direct quote from a network member - ‘Helena was the best speaker I have had the privilege of hearing."- Lynne, Corporate Talent Management

President of Medical Aid for Palestinians and National Children's Bureau

Appointed Baroness Kennedy of The Shaws

Awarded Commander of the Order of Academic Palms

Rights of Women and Children

Back to 'Politics Speakers'
To book Helena Kennedy as the speaker for your corporate event, function or conference, contact The Motivational Speakers Agency using the contact details below:
Enquiry form 0207 0787 876 [email protected]
* 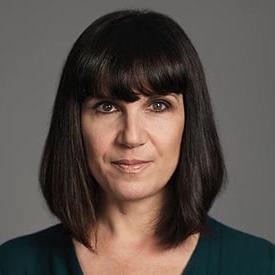 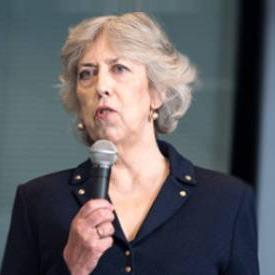