Howard Gutman is a respected lawyer and politician, who has worked as part of Barack Obama’s presidency and clerked for top legal judges. Best known as the former US Ambassador to Belgium, Howard is now booked as an event speaker sharing knowledge in United States politics, economics and international relations.

Howard Gutman has forged a respectable career as a lawyer and at the forefront of American politics. Having spent many years learning the inner workings of the legal profession and performing duties alongside former President Barack Obama, Howard is now booked as an insightful event speaker. As a speaker, Howard shares his detailed knowledge of US politics, changing patterns in the world, economic effects and international relations, leaving audiences inspired.

Throughout his career, Howard has worked at the forefront of law and politics. He is best known for the time he spent as the United States Ambassador to Belgium, and on Obama's National Finance Committee. As the US Ambassador to Belgium, Howard is fondly remembered as the most popular ambassador ever in Belgium, who presented over 100 speeches during his tenure and was also fortunate to present at the Belgium Music Industry Awards. Howard is also respected in his profession as a lawyer, best known for clerking with top judges such as Justice Potter Stewart and Irving Loeb Goldberg.

In the early days of his career, Howard graduated from both Columbia University and the Harvard Law School. After education, Howard began work as a clerk for the top judge Irving Loeb Goldberg. Taking quickly to the profession, Howard later went on to work for Cravath, Swaine & Moore, Williams & Connolly LLP and clerk for the United States Supreme Court. Another of his most prominent legal roles includes working as a Special Assistant to William H Webster, a top FBI Director. From the early day of his career, Howard continued to work as a lawyer and legal professional for 25 years of his career.

Since leaving politics and law behind, Howard has committed his time to be the Managing Director of The Gutman Group. As MD of The Gutman Group, Howard oversees consultation, advise and investments made by the firm which aim to help overcome corporate complications. Howard is also on several executive boards, such as boards for Exmar, DTH Capital and New York Real Estate companies.

Awarded the Grand-Cross in the Order of the Crown, Howard is a respected figure globally. Today, he is frequently booked as a popular event speaker having formerly spoken for the likes of the European Jewish Union. As a speaker, he uses his decade of experience to inform the audience on topics such as politics, international relations and economics. A well-known figure in his sector, Howard Gutman is the perfect choice for a range of events.

During the Covid-19 pandemic, Howard has been booked to speak at virtual events. Read his feedback below:

"The webinar has just finished. Howard is great, he can definitely share a lot of information and insight"- Dora, Managaer CLSA

When booked for events, Howard Gutman is known to cover the following topics:

• Economic Effects of Changing Patterns in the World

• The former US Ambassador to Belgium

• Awarded the Grand-Cross in the Order of the Crown

• Managing Director of The Gutman Group

Back to 'Politics Speakers'
To book Howard Gutman as the speaker for your corporate event, function or conference, contact The Motivational Speakers Agency using the contact details below:
Enquiry form 0207 0787 876 [email protected]
* 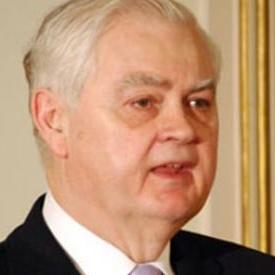