What must it feel like to be a World Cup winner? Well, Ben knows just that having been a part of the historic English team that claimed the 2003 Rugby World Cup in Australia thanks to Johnny Wilkinson’s late, late drop goal.

A player with Northampton Saints, where he spent the majority of his career, as well as Brive and Sale Sharks, Ben is the nephew of George Cohen who won the 1966 football World Cup for England. After making nearly 300 professional appearances, Ben retired in 2011 in order to focus on his charity, The Ben Cohen StandUp Foundation, which is designed to tackle and raise awareness of homophobia and bullying.

A popular figure on the speaking circuit, Ben talks about his time as an elite sportsman alongside the personal tragedies that have struck his life and the aims of his foundation. With a significant amount of his own time now taken visiting schools and sporting clubs to head up anti-bullying and homophobia drives, Ben truly is an inspirational figure who can captivate and motivate an audience.

Alongside being a Rugby World Cup winner, Ben also put on his dancing shoes for the 11th series of Strictly Come Dancing where he finished in a respectable 8th place before more recently embarking on a winter sports daredevil journey on the Channel 4 series The Jump.

After replacing an injured competitor, Ben went on to win the series by overcoming a number of challenges and ultimately jumping the furthest on the terrifying ski jump. The achievements Ben has attained during both his professional career and personal life showcase what can be done if you have the right the mindset and are a truly motivated individual. These are some of the traits which Ben attempts to pass on through his talks to business delegates, sporting clubs and at private functions.

Watch Ben in an interview with CNN:

“From my point of view, Ben was fantastic – he was prompt, polite and a great speaker." - Laura Coates, McDonald Butler

“Wanted to say a massive thank you for all your help and information last week, the event was a great success! I look forward to working together again in the future!” – Gabriella, Red Consultancy

Back to 'Rugby Speakers'
To book Ben Cohen as the speaker for your corporate event, function or conference, contact The Motivational Speakers Agency using the contact details below:
Enquiry form 0207 0787 876 [email protected]
* 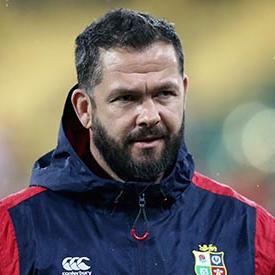