Jonny Wilkinson is a former rugby union player, he played in the fly-half position for Newcastle Falcons and Toulon as well as representing England and the British and Irish Lions.

Having made over 400 appearances on the pitch throughout his career, Wilkinson is considered a leader within rugby. Living his childhood years in Farnham, Jonny attended Lord Wandsworth College whilst he played at youth level for Farnham Rugby Club. After touring Australia as part of the English 18s Schools Tour, Jonny made an impression on rugby selectors and turned down a place at the University of Durham to play professional for the Newcastle Falcons. He remained with the Falcons for an impressive twelve years before joining French team, Toulon for the 2009-10 Top 14 season.

Having scored over one thousand points in 91 appearances for England, Wilkinson had established himself as a starting premium fly-half by 1999 and has since amassed a long list of career highlights. 2003 saw the pinnacle of Jonny Wilkinson’s career, he made appearances in every single game in the 2003 World Cup making him part of the squad that won England the Six Nations Grand Slam. The score was sat at 17-17 with only 26 seconds remaining of extra time when Wilkinson managed to kick a drop goal to bring the Lion’s score up to a winning 20-17. Wilkinson is now highly regarded and celebrated as the key to England’s first ever World Cup win.

In 2014, Wilkinson announced his retirement from rugby. With both teams singing ‘God Save the Queen’ in tribute to him at the end of his final game, it was evident that Jonny made a lasting impression on the rugby world. Wilkinson has since endured a career within the media, he writes regular rugby columns for The Times and has published five of his own books surrounding his sports career.

Having also appeared as a studio pundit for Sky Sports and ITV Sport during the Champions Cup, Six Nations Championship, Rugby World Cup and England International, it is evident that Wilkinsons voice is still highly regarded within rugby. Jonny was appointed MBE IN 2002 but was promoted to OBE at the 2004 New Year Honours and again to CBE in 2015 for his services to the Rugby Union. He has also been awarded with an honorary doctorate by the University of Surrey and inducted into the World Rugby Hall of Fame in 2016.

With rugby players known to be experts when it comes to efficient teamwork and leadership skills, it comes as no surprise that Jonny Wilkinson is a top tier motivational speaker. Whilst referring to his many career highlights and funny anecdotes from training sessions, Wilkinson is able to relate the skills he learnt on the pitch to every day and business life. 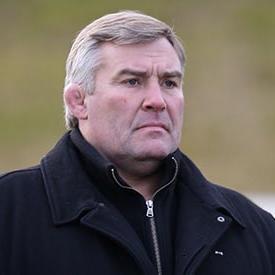