Leon Lloyd made his debut at Leicester Tigers Rugby Union team in 1996, displaced ageing England international Rory Underwood from the side. That same year Lloyd was part of the squad that won the Madrid Sevens and in the following year was a substitute in the 1997 Heineken Cup Final, which Tigers lost 28-9 to Brive.

Under backs coach Joel Stransky, Lloyd was shifted inside from the wing to outside centre. Lloyd played for England U21, England 7s, the Barbarians England Colts and England Schools and, prior to making his début for the Tigers first team, was a successful try scorer for the Tigers Youth XV and Development XV before a serious car accident sidelined him for six months.

Lloyd was included in England’s 1999 World Cup squad but didn’t feature in any matches. He went onto gain his first two caps the following season as a replacement against South Africa in 2000, but concerns were raised over his lack of discipline as he was seen punching a Springbok player.

He played in the England side during 2001 tour to North America, where he played in three tests and scored two tries. Unfortunately, he suffered a shoulder injury that required surgery and kept him out of the Tigers squad for the start of the 2001/02 season and ultimately cost him his place in the England team.

However, he recovered well and scored two tries, including the match-winning try in Tigers’ 2001 Heineken Cup Final, only to be injured again when Leicester retained the trophy in May 2002. That injury also ruled him out of the England Sevens squad for the Commonwealth Games in Manchester. Lloyd agreed to a deal to leave Leicester Tigers for Guinness Premiership team Gloucester Rugby in 2007, where he scored five tries in just six games. However, his playing career was cut short in 2008 after he suffered a career-ending knee injury during a game against the Ospreys.

In 2009 Lloyd was the Midlands, where he used his excellent contacts and networking skills to help raise funds for the school, ensuring its continued success and financial security. He is an active ambassador for The Prince’s Trust, helping change the lives of disadvantaged young people and Christina Noble Children’s Foundation, he also helps raise funds through rugby and rugby contacts for underprivileged children in Vietnam and Mongolia.

In 2012, Leon’s experience as a professional rugby player coupled with his burgeoning business career led to his appointment as Chief Executive of Legion Worldwide, a provider of global business solutions. Leon Lloyd is a Founder and Director of Legends Rugby, a sports & events brand that brings together former professional rugby players and rugby fans at a large-scale rugby festival and through a series of business networking opportunities, including its City Lunch events.

In addition, Lloyd is a Director of Key Sports Management, one of the UK’s leading football management professional sportsmen and women across the globe. His first book, Life After Sport ‘From Boot Room to Board Room’ talks about the rigours of post sport life and Lloyd’s own transition from rugby to business.

Take a look at Leon talk about athletes' life after sport;

"We booked Leon Lloyd  initially five years ago to speak in front of our a selection of our very best corporate partners, and we have been regularly using him ever since. Leon Lloyd is an engaging and charismatic individual, with a gift for delivering key messages to a range of audiences. Having come from the playing side of professional rugby, and worked his way through to the professional ranks of business, Leon Lloyd’s take on a variety of topics is both unique, entertaining, and we wouldn’t hesitate to recommend him." - Leicester Tigers

"Leon Lloyd was a key note speaker at a recent Charity Ball who’s beneficiary was The Prince’s Trust. Leon Lloyd has great stories to tell, inspiring words to share and great at engaging with the audience. Given Leon Lloyd’s background and success as a Rugby player, his content naturally intrigues. Leon added value to a fundraising environment and inspired the audience through his work with The Trust.
Leon Lloyd’s speaker content is relevant to all audiences and we would recommend him to support charity dinners and fundraising events." - The Prince's Trust

"We have engaged Leon Lloyd on numerous occasions over the past 7 years from sporting question and answers sessions to multimedia driven thought provoking and inspiring motivational presentations. I would have no hesitation in recommending Leon Lloyd, he’s an ideal speaker with a real story and background, he researches well and prepares thoroughly to ensure we call him back time after time. Leon Lloyd works well one to one or to an auditorium of Hundred’s of our City based business clients." - Under The Posts Events.

Back to 'Rugby Speakers'
To book Leon Lloyd as the speaker for your corporate event, function or conference, contact The Motivational Speakers Agency using the contact details below:
Enquiry form 0207 0787 876 [email protected]
* 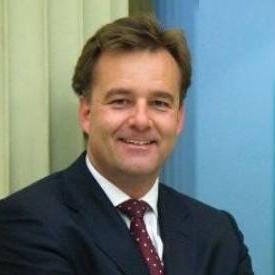