A lock who struck fear into the eyes of his opponents as a player - Martin Johnson captained the England team to their only World Cup win to date, in 2003. In a 16 year career at the top of the game, Johnson was a rare one-club man, making 362 appearances for Leicester Tigers. He is considered one of England's greatest ever players.

His extraordinary ability on and off the ball, both when tackling and passing ensured Martin Johnson was one of the finest rugby stars the game has ever seen. He would become a key player and captain at club and international level.

As a player he would win an impressive haul of five Premiership trophies, two Heineken Cups and two Pilkington Cups. These achievements were backed up by unprecedented success for England as Johnson helped England to five Six Nations victories, which included two Grand Slams - the second of which came ahead of the 2003 World Cup, which of course they would win to cap off an incredible season.

As the leader of the team that inspired a generation of rugby fanatics, Johnson is a rugby legend, whose legacy is only rivalled by one man in English rugby. He was inducted into the IRB Hall of Fame in 2011, adding to his CBE in 2004, and second place finish in the BBC Sports Personality of the Year award. The man ahead of him was teammate, Jonny Wilkinson. Johnson was always a player whose mind was focussed on the team. With a thirst for winning and a fierce determination to do this at all costs, he has delivered on the biggest stages of all.

He would extend his leadership ability to coaching when he took the job as head coach of the England team in 2008. He would lead them to Six Nations success in 2011, as well as three successive Calcutta Cup wins and a 2010 Cook Cup victory. He would leave after following the 2011 World Cup. As a rugby speaker, Johnson has appeared on rugby coverage for the BBC, as well as at events in the UK and beyond. He also offers a unique perspective on peak performance, leadership and teamwork, ideal for corporate audiences.

Get an idea of how Martin speaks at events, here: 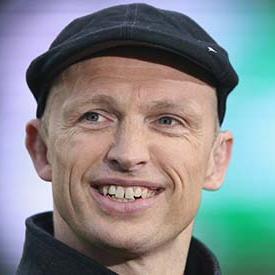