Acclaimed author, international recognised speaker and expert in innovation and technology, Ken Segall is best known for being the design and creativity guru that came up with the product name iMac, and thus creating the universally recognised and iconic ‘i’ label on all Apple devices.

With an incredibly interesting backstory, Ken tried to land himself a career in a number of different sectors, before discovering his love for tech advertising. He initially started off as a copywriter for Smirnoff Vodka, before working for companies such as IBM, BMW, NeXT, Intel, Dell and Apple.

During his time at globally recognised brand Apple, Ken led the team that created Apple’s renowned Think Different campaign. He quickly became Creative Director, and re-launched the brand in 1990 keeping to Jobs’ ‘simplicity’ principle, which saved Apple from near-extinction and projected it to become the most valuable company on Earth.

Ken is the best-selling author of Insanely Simple: The Obsession That Drives Apple's Success and Think Simple: How Smart Leaders Defeat Complexity, which are all widely well read. He has also contributed to a number of articles for newspapers and magazines, such as The Guardian, The New York Times, Wired and The Verge.

During his brilliant devised talks, packed with a mixture of his own experiences at Apple, unheard of stories, and expert opinions, Ken dives into topics that include the power of simplicity, the innovative process of creating effective advertising and how to create an effective business by working the Steve Jobs’ way. Ken Segall inspires and motivates his audience to achieve more and use his experience and knowledge to untap their own businesses potential.

See what people had to say about Ken, when he appeared at their corporate events:

“Just wanted to drop you  a note  to say thank you very much for  organising such a brilliant morning  yesterday –  Ken was hugely   insightful, great venue and a very pleasant morning indeed.” – Jessica, Executive PA, Home House

“He was so interesting and fantastic stories!!” – Lanra, Event Producer, News Productions

To book Ken Segall as the speaker for your corporate event, function or conference, contact The Motivational Speakers Agency using the contact details below: 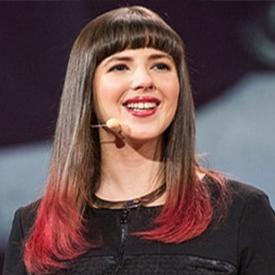