Formerly known as Baroness Manningham-Buller LG DCB, Lady Elizabeth Manningham-Buller is the former British intelligence officer, now retired from the role. As the Director General of MI5 until her retirement in 2007, she played an integral role in overcoming some of the most recent national conflicts, including terrorist attacks. An opportunity to book this political speaker should not be missed, due to her extensive experience of drive, determination and resilience.

Starting as a teacher at Queen’s Gate School, Kensington from 1971 to 1974, Elizabeth taught English before joining the Secret Service. Whilst at a dinner party, she was recruited to specialise in counter-terrorism, a role that saw her take an active role at the time of the Lockerbie bombing by Libya, in 1988. Reports state that during the early 1980s, she was one of only five people to know of Soviet double agent, Oleg Gordievsky.

During the first Gulf War, Elizabeth was working as a senior liaison officer in Washington, D.C. to the US Intelligence Community. In the following year, she was promoted to the Management Board of the Security Service, in which she was in charge of surveillance and technical operations. Regularly working with undercover spies and double agents, Elizabeth was the second woman to take the role of Deputy Director General in 1997.

During her retirement, Elizabeth was honoured with a number of awards in response to her dedicated political career. In 2005, at the Queen's Birthday Honours, she was appointed a Dame Commander of the Order of the Bath. She retired two years later, in 2007, commencing her 33rd year in the Secret Service. In the following year, 2008, Elizabeth was “raised to the peerage”, being titled as Baroness Manningham-Buller. In 2014, on St George’s Day, she was appointed a Lady Companion of the Order of the Garter by Queen Elizabeth II.

Taking the speaking circuit by storm, Elizabeth is a highly sought after expert on current affairs and remaining calm during conflict. As a political speaker, she shares her strategies on negotiating, communicating, persevering, leaning upon her experience of global politics and leading the British Intelligence.

"Probably one of the best speakers that we’ve had over the past few years. The Q&A session was fantastic – it felt like she had the audience in the palm of her hand, everyone loved it and she left people wanting more. It will be very hard to find another speaker quite like her."
IPD Global

"Eliza was an excellent speaker and provided much more personal information than expected. Eliza commanded the Q&A brilliantly and made an extra effort following Q&A to visit each table and speak to attendees; everyone thought this was a lovely touch and something we hadn't asked for, so thank you. I personally found Eliza very easy to work with, she is extremely approachable and personable and I would recommend her as a speaker. We have only received positive feedback with one client saying Eliza was the best speaker he had heard".
DLA Pipe

Back to 'Security & Risk Speakers'
To book Eliza Manningham-Buller as the speaker for your corporate event, function or conference, contact The Motivational Speakers Agency using the contact details below:
Enquiry form 0207 0787 876 [email protected]
* 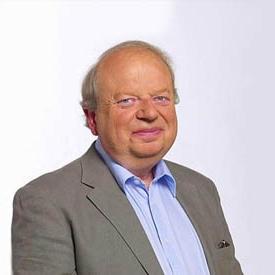 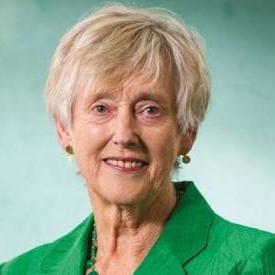