James Lawrence is an impressive endurance athlete, taking on daring feats and creating world records. Continually displaying the incredible extremes that he can push his body to, James has garnered a strong following and has also been coined The Iron Cowboy for the hat he wears completing his defying feats. Sought as a public speaker, James is an inspirational figure who motivates audiences to push themselves to do what they once thought impossible.

Making his fame as an endurance athlete, James Lawrence pushes his body to the extreme competing in several gruelling triathlons across the globe. A motivational and inspirational individual, James not only inspires other athletes but CEOs, pupils, employees and executives alike. Despite now wowing the crowds with his avid sporting abilities, James was not always so athletically gifted. In his youth, he would struggle to even complete 5k runs and was continually faced with failure. However, such failure made him determined as an adult to make sure that he could push his body to complete such feats and reach the top of his game.

With grit, determination and heavy training James was gradually able to challenge his body to compete in the triathlons, gradually gaining a reputation as an endurance athlete. Resting his cowboy hat on his head, James set out on achieving his first world record. Impressively, James claimed his first World Record over 30 weeks after completing 22 70.3 Ironman races. However, James felt that this number was not enough and that he could in fact push past the current limitations of his body and reach new heights. With self-belief in his heart, James was able to claim his second World Record after he completed 30 triathlons over the course of 52 weeks. An incredible feat that no other dare challenge, James encompasses perseverance, determination and pride.

Not content with his already astounding feats, James set out on his next gruelling mission. His next fearless task saw him complete 50 triathlons over 50 days in 50 states. Completing the task and sending the feat into the history books, the 50.50.50 is now considered the greatest display of human endurance. James displays of endurance have become an inspiration for many, proving an inspirational and influential individual to many other sporting superstars.

Since displaying his acts of great athleticism, James has forged a credible career as a public speaker. Spreading the message that his limitations were mental, not physical, James helps audience members to realise how they too can overcome their personal barriers to achieve their full potential. An expert in reaching peak performance, James is able to provide corporate audiences with actionable tips on how they can push themselves as he did and has previously presented to the likes of Red Bull, Google and Nike. A passionate and determined individual, James Lawrence is a diverse speaker suitable for a range of corporate events, inspiring to all he delivers to.

James Lawrence is an endurance athlete best known for completing world record feats and triathlons. Here he is speaking about his 50.50.50 feat with Talks at Google.
Here James is speaking for Impact Theory, discussing how to master mental toughness.

"... When it comes to endurance, he is unstoppable"- Red Bull

"We enjoyed our time with James tremendously. His stories were able to inspire so many of us with his message about the resiliency of the human spirit, and the power our decisions can have over our circumstances. He will leave you feeling encouraged, motivated, and ready to do something impactful!"- Dale, Bakery General Manager

"A few weeks ago James brilliantly shared his story with our North American Strategic Sales team and truly left us all inspired to dream big, to believe without doubt, to push through adversity and to accomplish the seemingly impossible"- Nike

"James has been able to push his mind and body to heights that no one thought was possible. Listening to his story has inspired me to think bigger about my personal/ professional goals and motivated me to strive harder to accomplish them"- Weave

"...the story that I heard James talk about not only made me tear up and cry about 3 or 4 times while he was speaking. That led into a drive home with sobbing and just being overwhelmingly happy with the knowledge that I had gained from listening and knowing that now I could do whatever I wanted to do... James "IRON COWBOY" Lawrence. Thank you Sir!!"- Jeremy, Clif Bar

Completed the 50.50.50- The Greatest Display of Human Endurance

Back to 'Sports Speakers'
To book James Lawrence as the speaker for your corporate event, function or conference, contact The Motivational Speakers Agency using the contact details below:
Enquiry form 0207 0787 876 [email protected]
* 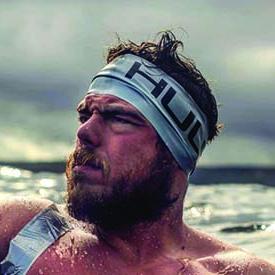 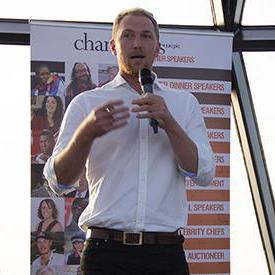