British cricketing legend and current chairman of the Durham County Cricket Club, Ian Botham is one of the greatest all-rounders in the history of the game. With over 15 years worth of experience as a cricketer under his belt, Ian can recall empowering anecdotes from throughout his career to inspire and empower a whole host of audiences.

As the captain of his schools under-16 cricket team by the age of 13, Ian’s undeniably natural talent was first recognised by the Somerset County Cricket Club. He eventually made several appearances for Somerset’s under-25 squad and the county’s second team throughout the Minor Countries Championships. He made his senior debut for Somerset by the time he was 17 and had secured himself as a first-team regular only a year later.

No stranger to success, Ian has created a multitude of unforgettable moments throughout his playing career. At the pinnacle of his career, he managed to score a staggering 399 runs, take 34 wickets and 12 catches throughout what is now known as The 1981 Ian Botham Ashes where he named Man of the Series. With 102 Test matches and over 400 First-Class appearances to his name, Ian has established himself as one of the most iconic English crickets of all time.

A national sporting treasure has now gone onto offer commentary and analysis to Sky Sports and also makes regular appearances on television programmes including A Question of Sport. His services to cricket have meant that he was inducted into the ICC Cricket Hall of Fame in 2009 and was also Knighted for his services to charity at the 2007 Queen’s Birthday Honours.

Having scored 5,200 runs, taken 383 wickets and secured 120 catches throughout his Test career, Ian managed to achieve the world record for the number of Test wickets from August 1986 to November 1988. His achievements outside of cricket include completing a 900-mile walk from John O’Groats to Lands End in aid of charity, raising over £12 million and also become the first-ever president of the UK’s leading blood cancer charity, Bloodwise.

A captivating and motivational speaker who can leave even those who do not follow cricket feeling empowered, Ian Botham is an incredibly unique and inspiring sporting figure who can leave a lasting and effective impression on a whole host of corporate audiences.

”One of international sport’s true legends, Ian is renowned for his charisma on and off the field and is a highly popular speaker. He is the holder of countless records, and is the only player to have scored a century and taken 5 wickets in an innings in the same Test match on 5 occasions; nobody else has managed it more than twice."
-Chartwell

Back to 'Sports Speakers'
To book Lord Ian Botham as the speaker for your corporate event, function or conference, contact The Motivational Speakers Agency using the contact details below:
Enquiry form 0207 0787 876 [email protected]
* 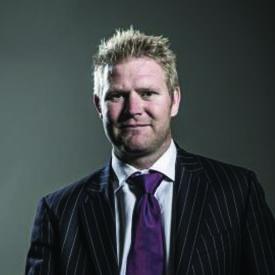