Phoebe Schecter is famed for pioneering American Football, acting as GB's first female coach in the NFL. Inspiring women around the globe after breaking glass ceilings in the sporting world, Phoebe has also played as a Linebacker and captained the GB American Football team. Currently the Chair of the Diversity & Inclusion Committee of the British American Football Association, Phoebe is also booked as a speaker to share her motivational story of making football more diverse.

Phoebe Schecter has enjoyed a successful career in sports, in particular football and American football. Breaking glass ceilings throughout her career, Phoebe made headlines as Britain's first female coach in the NFL and is currently the Chair of the Diversity & Inclusion Committee of the British American Football Association. Now booked as a speaker for a range of corporate after-dinner or conference events, Phoebe shares her motivational story of making it to the top in the often male-dominated sport of football.

Starting her football career as a Football Coaching Intern at the University of La Verne, Phoebe has since played as a Linebacker and been the Captain of the GB American Football team. Showing immense promise as a football coach, Phoebe completed further coaching internships with Buffalo Bills, Bryant University and Stanford University, before landing her big opportunity as the Community & Grassroots Project Manager for NFL UK. This appointment marked Phoebe in the history books of the NFL, as the organisation's first female coach.

Having also worked as a personal trainer, Phoebe is now acting as an NFL Flag Ambassador and is the Chair of the Diversity & Inclusion Committee for BAFA Official. She has also previously been the Manager of the U.K Dukes and been the Women’s Development Officer for the British American Football Coaches Association. With such prominence in the world of American Football, Phoebe is now considered to be one of the foremost female pundits on the NFL, appearing across live TV for the likes of Sky Sports and the BBC.

With a credible career in sports to her name, Phoebe is now booked as a speaker for a range of corporate and public events, sharing her story of scaling a male-dominated industry. Having formerly spoken for clients such as Women in Sports, Visa and UK Coaching, Phoebe shares stories of her experiences as a woman in football and covers topics such as diversity, inclusion and team management. When looking to book a speaker who has broken ground in their industry, book Phoebe Schecter for a motivational speech on scaling industries as a pioneering woman.

Our Senior Content Executive, Megan Lupton, sat down with Phoebe to learn about her incredible career in the NFL. Watch our exclusive interview with Phoebe Schecter to find out more, over on the Champions' YouTube channel.

"Phoebe was a guest coach at our launch event for the Peterborough Royals back in 2016, where I witnessed first-hand her drive, energy and commitment to engaging and involving women in the greatest team sport on earth. To say the sky's the limit would do her a huge injustice. If you're looking for sports coaching, or a speaker at your event, you can't not be inspired by her presence" - Mark, Marketing & Communications Manager"

Back to 'Sports Speakers'
To book Phoebe Schecter as the speaker for your corporate event, function or conference, contact The Motivational Speakers Agency using the contact details below:
Enquiry form 0207 0787 876 [email protected]
* 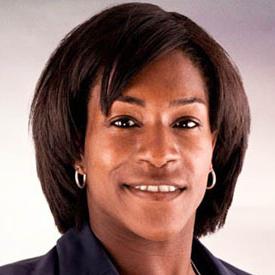 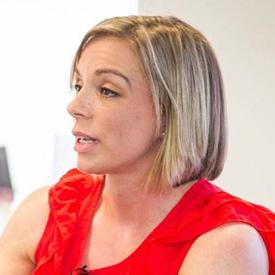