A Project Manager and BIM Lead at the Environment Agency, Ayo Sokale has enjoyed a distinguished career as a Chartered Civil Engineer and has also been appointed as an Institution of Civil Engineers’ President Future Leader. Possessing impeccable communication skills, Ayo is now a popular choice as a speaker for corporate events, booked to cover topics such as civil engineering, the environment, women in STEM and sustainability.

Ayo Sokale is a leading Chartered Civil Engineer and a Building Information Modelling Lead. A prominent member of the Environment Agency, Councillor for Reading Borough Council and ICE President’s Future Leader, Ayo is a role model for women in STEM. Now a popular choice as a keynote speaker, Ayo is booked to cover topics such as project management, environmental injustice, flood and coastal risk management, women in engineering and STEM.

Beginning her journey to civil engineering, Ayo initially landed a summer placement at EAR Sheppard Civil and Structural Consulting Engineers, Ayo then went on to study at Plymouth University in MEng Civil and Coastal Engineering. During her studies, Ayo worked as a student engineer for Denne Leadbitter and was also fortunate to be an exchange student at the Shanghai Maritime University, where she studied Chinese Language and Mandarin. Ayo later went on to become a placement student at Halcrow and a Course Supervisor in Marine Technology at The Smallpiece Trust. She was also the President of the Civil Engineering Society at Plymouth University, a Logistics Officer and Mentor for the NCS, a Regional Director of the Miss Earth Organisation and a Student Ambassador for City Internships.

Ayo has also been fortunate to work as a Site Supervisor for West Berkshire Council and a Seconded Graduate Civil Engineer for Jacobs. During her career, Ayo has worked on major projects such as the Thames Estuary Asset Management, fish migration at Tumbling Bay, flood embankment at Mortimer and the Abingdon Flood Alleviation Scheme. Her talents as a civil engineer have seen Ayo named as one of the Top 50 Women in Engineering Under 35, named as an Institute of Civil Engineering President’s Future Leaders and an ICE Water Superhero named Eco-Warrior. Before civil engineering, Ayo often competed in beauty competitions, claiming the titles Miss Plymouth Galaxy 2012/ 13, Miss Sussex 2013 and Miss East Sussex 2014.

Now a full committee member of the Institute of Civil Engineers, Ayo is a popular choice as a speaker for corporate and educational speeches. Having also formerly worked as the Councillor of Caversham for the Reading Borough Council, Ayo is at the forefront of current affairs and a highly knowledgeable individual who offers insight into STEM subjects. With a distinguished civil engineering career forming, Ayo has already had an impact on flooding across the UK and is now booked to speak on women in engineering, women in STEM, environmental injustice, sustainability, diversity and inclusion. Looking for an intelligent and impactful speaker, Ayo Sokale is a perfect choice.

Watch an exclusive interview:
Here Ayo is describing why she is passionate about Civil Engineering:
Watch Ayo speak about the Reading Climate Change Partnership:
Ayo discussing diversity in the workplace:

"You were TREMENDOUS! We have had so many people saying how inspired they were by you and what you said. Also how much they appreciated you sharing your personal experience and wisdom. The feedback has been overwhelming and all positive. We had 350 people on the call at different points, which is a great turnout for Arup. Thank you very, very much for taking the time to participate in the panel discussion. I am thrilled to have met you virtually. You made a hugely important and valuable contribution to making the event a success. We really appreciate it. Thanks on behalf of everyone at Arup who attended" - Andrea, Director Equality, Diversity & Inclusion, Arup

"Please can you pass on my thanks to Ayo. She led a fantastic session and had 100 people super engaged the entire time. Excellent content, excellent presentation and facilitation too" - Oju, People Operations Manager, Beacon

"Ayo's presentation was definitely another success. Our audience totally loved her. Very inspiring and memorable. Thank you so much for such notable speakers" - Tolu, Facilities Manager Lead, NHS

"I want to express my thanks for your support in arranging Ayo to speak for us yesterday. The event was hugely successful and Ayo was truly inspirational! Could you please convey our thanks and appreciation to Ayo for a very engaging talk- feedback has been very positive" - Ruthline, Director of Scientific Services, Chameleon

"The most inspirational Civil Engineer I've met and I'm sure the pupils felt the same!"- Piggots School

"Thank you so much for coming to our certificate presentation evening. It was an absolute pleasure to meet you and your words to our departing students hit exactly the right note in terms of inspiration and motivation."- Langtree School

"Thank you so much for coming in to speak to my year group. I have had so much positive feedback from students and teachers alike. You are so inspiring and a fantastic role model."- Highdown School

Back to 'Sustainability & Environment Speakers'
To book Ayo Sokale as the speaker for your corporate event, function or conference, contact The Motivational Speakers Agency using the contact details below:
Enquiry form 0207 0787 876 [email protected]
* 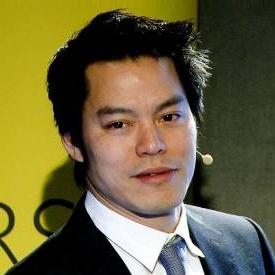 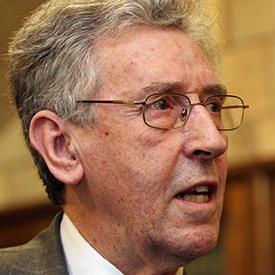