John Ellis is a technology expert, best known for acting as a Global Technologist and Head of the Ford Developer Program for Ford Motor Company. Also the founder of Ellis & Associates, John has forged a credible reputation across the sectors of technology and business and has built knowledge of international affairs and culture along the way. A highly sought keynote speaker, John is called upon to cover how data will impact the future in industries, business and our lives.

After graduating with a BS in Computer Science and Mathematics and a BA in Spanish, John began his career as a translator for the Spanish Olympic Committee. Volunteering as part of the official Olympic translation staff, John used his expertise to help translate for events such as volleyball and soccer during the 1992 Olympic Games. John then accepted the role of Adjunct Professor at the University of Notre Dame, teaching budding students Introductory Financial Mathematics.

In 1990, John accepted a role that would shape the next 20 years of his career. John began work as a Software Engineer at Motorola in 1990, where he helped to create signalling and routing software for the company. John gradually progressed through the ranks at Motorola, holding roles such as Senior Engineer, Senior Staff Engineer, Senior Manager of Product Management & Marketing, Director of Product Management, Marketing & Strategy, Director of Carrier Market Development, Director of Enterprise Product Management & Marketing and Director of Software & Services for The Americas. During his time with Motorola, John was able to orchestrate great change within the organisation, pioneering the marketing, senior leadership, product management, branding and partnerships of the firm throughout his tenure.

After his illustrious tenure with Motorola, John joined Ford Motor Company as a Global Technologist and the Head of the Ford Developer Program. Sat at the helm of the first automotive software developer program, John pioneered mobile technologies in vehicles and oversaw a team responsible for ‘the connected car’. John and his team were pivotal in the creation of the MyFordMobile, an award-winning application that allowed for interaction with Ford vehicles and revolutionised the future of car user experience.

Another prominent role in John’s career is his company, Ellis & Associates. Founding Ellis & Associates in 1997, John acted as the managing director of the management consulting firm for 21 years. Providing consultancy across the intersection of consumers, connectivity, software and automotives, John’s company is focussed on international business and culture. Now John acts as the President of Ellis & Associates after it was acquired by Lacuna Technologies. John has also committed his time to be an Advisory Board Member of the Connected Car Expo and has authored The Zero Dollar Car.

With over 25 years of experience as an engineer, software designer and at the helm of business management, John is now highly sought as a keynote speaker on such topics. Described as a big data futurist, John is sought for his knowledge of the ever-changing technological landscape. Engaging audiences with his predictions on how data and technology will transform our lives, business and industry John is a popular choice for various business conferences. Passionate, experienced and knowledgeable, John Ellis is the perfect adept speaker for your next event.

John Ellis is the former Head of the Ford Developer Program. Here he is speaking at the Designing for Technology and the Customer Forum at the 2014 Car Management Briefing.

"Whether you like it or not, John Ellis tells it like it is"- Regina, President and CEO Its America

"John Ellis looks ahead and connects the dots of the utility of the automobile and the incredible data that is generated from understanding how we use it. His vision and insights will ignite your creativity"- Tim, Managing Principal Meyers Research

How Data Will Transform Industries, Business models and our Lives

The Future of Connected Cars

Global Technologist and Head of the Ford Developer Program

Translator at the 1992 Summer Olympic Games

Back to 'Technology Speakers'
To book John Ellis as the speaker for your corporate event, function or conference, contact The Motivational Speakers Agency using the contact details below:
Enquiry form 0207 0787 876 [email protected]
* 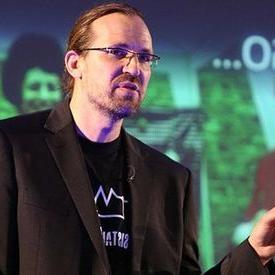 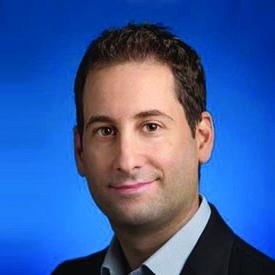 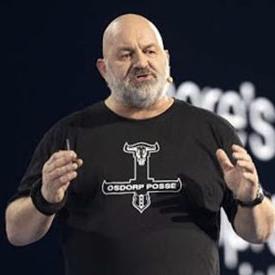