Martin Eberhard is one of the masterminds behind the revolutionary electric car brand Tesla. As co-founder and former CEO of Tesla, Martin is highly regarded as an expert in technology, innovation and sustainability. Having also formerly worked as the Director of the Volkswagen Electronics Research Lab, Martin is now booked as a speaker to talk on ethical issues, artificial intelligence and innovation.

Martin Eberhard is famed for his work with Tesla Motors, working alongside business magnate Elon Musk. A pioneer of electric vehicles, Martin has changed the future of transport and travel and continues to be an advocate for electric transport. Outside of working for such a prestigious brand, Martin is now booked as a keynote speaker for corporate events. As a speaker, he is booked to cover topics such as building a culture of innovation, ethical issues and artificial intelligence, insightful in all speeches he delivers.

Famed entrepreneur, Martin is best known as the co-founder and former CEO of Tesla. Joined by Marc Tarpenning, Martin founded the electric vehicle company which has gone on to be immensely successful. Tesla Inc is now a provider of electric cars, energy storage, solar roof tiles and solar panels. Martin is also widely known for being the former Director of the Volkswagen Electronics Research Lab and has lectured worldwide on the importance of reducing carbon fuels and educating in science and engineering.

Before rising to fame with Tesla, Martin studied at the University of Illinois and obtained a BS in Computer Engineering and an MS in Electrical Engineering. Inspired to own his own company, Martin then went on to co-found Network Computing Devices and founded NuvoMedia. During his time with both companies, Martin revolutionised the tech market for the first time after he developed the first eBook, the Rocket eBook. Developing his companies into the best they could be, Martin ultimately sold them and co-founded Tesla in 2002.

Unfortunately, after serving as CEO for 8 years, Martin left Tesla under dramatic circumstances and Elon Musk took over. Having revolutionised the perceptions of electric vehicles with Tesla, Martin then took up his new role as the Director of Volkswagen Electronics Research Lab. Martin is also a passionate member of various different advisory boards and boards of directors, helping businesses to thrive with the knowledge that he built as a business founder and at the helm of Tesla. In recognition of his achievements made, Martin has been awarded the Distinguished Alumni Award from the University of Illinois. He is currently also the founder, Chairman and CTO of Tiveni Inc and a partner in Wardenclyffe Partners LLC.

Today, Martin is regularly booked as a speaker for a range of public and corporate events. He has been performing around the globe, speaking on subjects such as the effects of carbon fuels and the need to embrace electric cars. He is also often booked to speak on how to create cultures of innovation and encourages people to pursue an education in engineering and science-related subjects. A passionate and knowledgeable speaker, Martin Eberhard is a perfect choice to inspire innovation in audiences.

Watch Martin Eberhard speak in this seminar for Stanford University, discussing electric vehicles and startups:
Watch this interview with Martin, titled Designing Media:
Here Martin is speaking on 'Bracing for the E-Vehicle Revolution':

"Martin, whom I worked with for almost 4 years, was one of the brightest, if not the brightest engineers I have ever met. Technical challenges drove him to overcome. Hard worker. Delivers on time and brings amazing results." - Udi, Private Investor, Joonko

"Martin is brilliant, driven, and exceptionally creative. Definitely the right kind of person you want at the top." - Marc, Venture Partner, Spero Ventures

"Martin is an exceptionally talented executive. His technical experience, focus, ability to attract and retain great people, and relentless pursuit of excellence make him a very capable and driven CEO. He has the unique and diverse skills required for nurturing and growing a successful early stage company." - Laurie, Board Member & General Partner, Playground Global

Back to 'Technology Speakers'
To book Martin Eberhard as the speaker for your corporate event, function or conference, contact The Motivational Speakers Agency using the contact details below:
Enquiry form 0207 0787 876 [email protected]
* 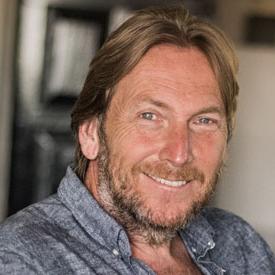 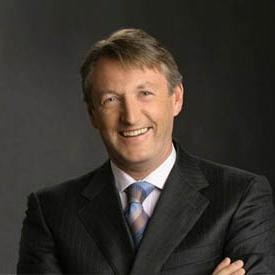