A British specialist doubles player, Jamie Murray is a highly successful figure on the professional tour and is well-respected amongst his rivals for consistent performances year-on-year. A wonderful tennis speaker for events, Jamie has a warm and friendly personality that immediately makes him a hit with audiences.

From Glasgow in Scotland, Jamie Murray finished runner up in the prestigious Junior Orange Bowl at the age of 11. He then became World No.2 in junior tennis just two years later. He partnered his brother, Andy Murray in the 2004 Junior US Open Doubles, reaching the semi-finals in an impressive display of teamwork.

With a number of anecdotal tales to call upon, Jamie makes the professional tennis tour come alive as a sports speaker, allowing audience members to experience the rivalry and competition present at every tour meeting.

Jamie turned pro 2004 and has proceeded to enjoy a hugely successful career specialising in men's and mixed doubles having made the decision to make that his focus in 2006. One of Jamie’s career highlights and his first Grand Slam victory came when he won the mixed doubles title with Jelena Janković at the 2007 Wimbledon Championships, beating the very best partnerships in the world and becoming the first Briton to win a Wimbledon title for 20 years. He is now a 7-times Grand Slam doubles champions and a former doubles world No. 1. He has won 23 doubles titles to date and was part of the winning Davis Cup team in 2015 with much of his success has come with his younger brother and fellow professional, Andy Murray.

Murray was appointed Officer of the Order of the British Empire (OBE) in the 2016 Birthday Honours for services to tennis and charity. His work to support children in Columbia, alongside his wife Alejandra, has been received with widespread recognition and support. A charity they have supported since 2011, it to reach Colombia’s most at risk and excluded children. Alongside his brother, Andy, Jamie also took part in Glasgow’s SSE Hydro in 2016.

A reliable and consistent performer, as a tennis speaker Jamie can relate the skills needed to achieve in sport to the business world, leading to a more efficient and effective workforce. A consummate professional, Jamie can tailor his content as an after-dinner speaker to ensure it suits the audience he is addressing whilst also establishing underlying themes of any organisation.

Back to 'Sports Speakers'
To book Jamie Murray as the speaker for your corporate event, function or conference, contact The Motivational Speakers Agency using the contact details below:
Enquiry form 0207 0787 876 [email protected]
* 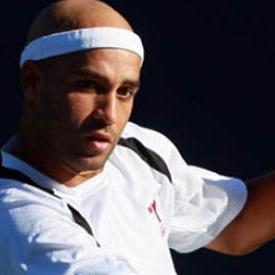