JB Straubel is best known as one of the co-founders and the former Chief Technical Officer of Tesla. Sitting at the helm of the largest electric car company, JB has pioneered the technical direction and engineering of the firm, playing a key part in the journey to the illustrious brand that we see today. Also the co-founder and CEO of Redwood Materials, JB is sought as a public speaker to cover a range of topics from engineering to business and innovation.

Joining the electric car firm as their fifth member in 2004, it was not long before JB Straubel began making great changes at Tesla. The inaugural Chief Technical Officer of Tesla, JB sat at the helm of the technical aspects of designing the vehicles and also oversaw engineering. JB was also responsible for research, development and evaluating a new technology for the cars, pushing them to be the best in the market for electric cars. Whilst working with Tesla, JB was also a member of the Board of Directors at SolarCity, a subsidiary of Tesla that develops and sells a range of solar panels. JB served a long tenure as the Chief Technical Officer, changing the face of the brand with his innovative designs and technical aspects, before moving to an advisory role in 2019.

Before becoming part of Tesla, JB had already established a strong reputation in the world of business. Prior to Tesla, JB was the CTO and co-founder of Volacom, a firm that worked to develop an aircraft platform using a power plant powered by hydrogen. During his time with Volacom, JB was a prominent figure in co-inventing new concepts, some of which were ultimately licensed to The Boeing Company. JB has also served as a lecturer for Stanford University, teaching budding future generations about energy storage integration and the atmosphere and energy.

Today, JB is the co-founder and CEO of Redwood Materials. Heavily involved in the world of electric vehicles, which use lithium batteries, JB pioneered this company to recycle lithium batteries and a range of e-waste- discarded electrical items. The firm has worked alongside major companies such including Panasonic and Capricorn Investment Group. Outside of his business ventures, JB has a genuine passion for electric vehicles, having formerly built an electric Porsche 944 which later went on to claim the 240 V SC/B World Electric Vehicle Racing Record.

Throughout his career, JB has been highly recognised for his work and commitment to the transportation and technological industries. He has been named Innovator of the Year by MIT’s Technology Review and been featured in Popular Science. JB is also highly sought as a public speaker for events, enriching audiences with tales of technology, innovation and electronics. He has a credible track record as a speaker, having previously performed at events such as MIT’s Emtech conference and as a keynote at Stanford Alumni DAY. Widely regarded as an industry-leading professional and authority on technology and engineering, JB Straubel is the perfect speaker for a range of corporate events.

JB Straubel is widely known as the Chief Technical Officer and one of the co-founders of Tesla. Here he is discussing how he breaks through incumbent thinking.
Watch him speak about how to speed innovation like Tesla here

2000- Graduated with a degree in Engineering from Stanford University

Board of Directors for Solar City

The Future of Transportation

Back to 'Travel & Transport Speakers'

To book JB Straubel as the speaker for your corporate event, function or conference, contact The Motivational Speakers Agency using the contact details below: 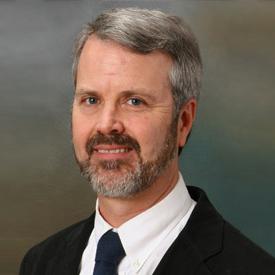