Sandra Toksvig is a British-Danish presenter, writer, TV and radio producer. She is best known for hosting BBC’s quiz show QI and The Great British Bake Off.

As a political activist and co-founder of the Women’s Equality Party, Sandra is one of the most influential LGBT speakers. When Toksvig came out to the public, she wasn’t aware of any lesbians within the British public and wanted to eradicate any embarrassment for her three children. The family were met with death threats and it was worried that Sandra would not be allowed to work again.

Sandra has supported a multitude of charities throughout her career, she is president on the Women of the Year Lunch, patron of Humanists UK and supports the charity and pressure group Liberty.

Toksvig was a strong player throughout the BBC gender pay gap controversy. She revealed that she was only paid 40% of what Stephen Fry earnt whilst presenting QI, when speaking to the Radio Times she expressed that it would be absurd if she did not receive the same salary as him for an identical job role.

After previously admitting that there wasn’t a political party that represented anything she believed in, Sandra chaired the very first conference of her co-founded Women’s Equality Party. She later released dates for a comedy tour, created to raise money for the newfound equality group.

A determined, motivated individual and positive LGBT influencer, Sandra Toksvig is a powerful and experienced inspirational speaker, ideal for any corporate event or other functions.

To book Sandra Toksvig as the speaker for your corporate event, function or conference, contact The Motivational Speakers Agency using the contact details below: 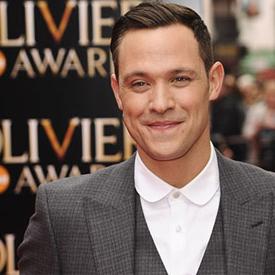