The first Briton to perform a spacewalk, Michael Foale is now channelling his passion and ambition for space exploration into motivational speeches worldwide. The former NASA astronaut and British-American astrophysicist combines his shocking career anecdotes with inspiring lessons learnt in space to create one of the most captivating motivational speeches.

Raised in Cambridgeshire Foale attended The King’s School, his love for flying was born around this time as he joined the Air Training Corps before graduating from Queens’ College with first-class honours in natural science. By 1982, Michael had received a doctorate in laboratory astrophysics and now had a pilots licence. It was only a year later that he travelled out to Texas with hopes to join the US Space Program.

Starting his NASA career as a Mission Operations Directorate, Michael was initially responsible for payload operations on a whole host of Space shuttle missions. After being declined twice to become an astronaut, Michael was finally accepted in 1987. As a member of arguably the most dangerous space mission to date, Foale’s calm, collected and effective responses to Mir 23 being struck by a Progress resupply vessel earnt him the Yuri A. Gagarin Gold Medal by the Federation Aeronautique Internationale.

As a member of the STS-103 mission in 1999, Foale partook in an impressive eight-hour spacewalk in order to make reparations to the Hubble Space Telescope. His dedication to his field of work saw him named the commander of International Space Station Expedition 8. He spent a total of six months out at the station which made his amassed time in space a British record. Towards the end of his career at NASA, Foale was named the Deputy Associate Administrator for Exploration Operations and contributed to spacesuit development missions.

Awarded CBE in the 2004 New Year Honours and inducted into the United States Astronaut Hall of Fame, Michael Foale has left his stamp on both society and the astrophysics industry. With such a compelling and inspiring story to tell, Foale is a favourite amongst our motivational speakers as he not only leaves a lasting impression on audiences he leaves them feeling empowered and inspired with his techniques to succeed.

To book Michael Foale as the speaker for your corporate event, function or conference, contact The Motivational Speakers Agency using the contact details below: 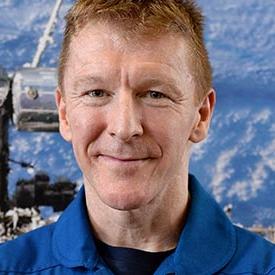 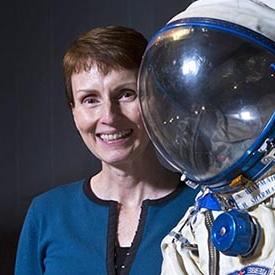