Carolyn Fairbairn is an erudite businesswoman, currently working as the Director-General of the Confederation of British Industry (CBI). Passionate in her work surrounding the British economy, Carolyn is considered to be an industry leader within the business sector. As a public speaker, Carolyn draws upon her unrivalled expertise built through working with some of the most high-profile industries in the UK.

With a decorated career in business, finance and economics industries, Carolyn became a popular choice for selection as Director-General of the Confederation of British Industry, otherwise known as CBI. Appointed to the role in 2015, Carolyn has spent the past five years at the forefront of British business using her extensive experience to speak passionately about British businesses of all sizes and all industries on both national and international stages. Armed with the mission to create a better quality of life, prosperity and fulfilling jobs, Carolyn is considered an authoritative figure in the world of business management.

Carolyn originally began her career specialising in economics, appointed as an economist at the World Bank. She was also educated in such subjects, obtaining a BA in Economics from Gonville and Caius College as well as an MA in International Relations from the University of Pennsylvania. Carolyn then moved to become a business and financial journalist at The Economist magazine in 1985, further building her already substantial knowledge of finance and business. Three years later, Carolyn decided to diversify from finance and instead joined a management consultancy called McKinsey & Company. For seven years she worked tirelessly with various companies across industries such as computer services, newspapers, investment managers, DIY retailing and brewing enriching them with advice on various aspects to improve their business such as cost control, mergers and global competitiveness.

Another prominent role Carolyn was appointed as was the Director of Strategy for BBC Worldwide. Working through the ranks, Carolyn progressed to Director of Strategy & Distribution as well as being appointed as a board member on the BBC’s Executive Board. Here Carolyn built experience of dealing with budgets, responsible for £150 million to provide the best service possible for the viewers of the channel. During her time with the company, she was a pivotal figure innovating the future of television. Part of her role was to negotiate with other broadcasting providers such as Sky, Virgin and BT, and alongside the brands, she worked to launch Freeview. After a period of time out of work, Carolyn was appointed as Director of Corporate Development and Strategy at ITV in 2007. Joining the company at a time of great financial struggle, Carolyn put her expertise in managing fiance to work to be responsible for the company’s efforts to reduce its costs.

After navigating ITV through a time of great financial difficulty Carolyn built quite the reputation in the financial sector. Due to this, she was appointed as the chairman-designate of the Competition and Markets Authority in 2013 and also Non-executive Director of the Financial Services Authority in 2008. In 2012 she acted as Non-executive Director of Lloyds Banking Group, further accrediting her extensive boardroom expertise.

A revered figure within her sector, Carolyn is now highly sought-after on the speaking circuit. Proving to be a leading voice on the British economy and industries it is without a doubt that Carolyn is requested by some of the most high-profile clients on the market. An expert on all things finance and business, Carolyn provides invaluable advice that educates businesses across the country.

As Director- General of the Confederation of British Industry, here Carolyn is commenting on the 2016 EU Referendum results.
Here Carolyn Fairbairn is speaking as a keynote for the breakfast event with the Institute for Government:
Here Carolyn is speaking for Trinity Business School, discussing business after Brexit:
International Relations & Geopolitics
Brexit & Politics
Economics
Strategy & Negotiation
Business Management & Administration
Back to 'Marginal Gains Speakers'

To book Carolyn Fairbairn as the speaker for your corporate event, function or conference, contact The Motivational Speakers Agency using the contact details below: 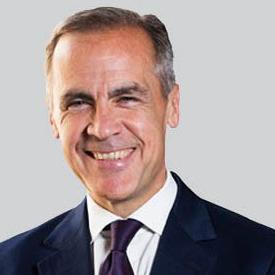 Mark Carney Former Governor of the Bank of England 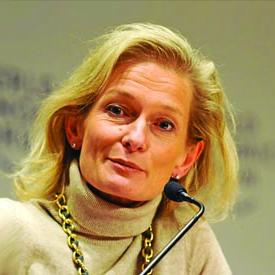 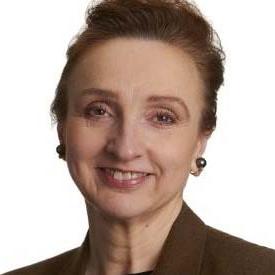