Deborah Meaden is a business magnate, famed for her appearance on the BBC programme Dragons' Den. Acting as an investor, successful businesswoman Deborah helped countless individuals to start their businesses and thrive. Through both Dragons' Den and personal business ventures, Deborah has built extensive knowledge of retail and business which she is sought to deliver as an after dinner and keynote speaker.

Deborah Meaden is best known as an investor on Dragons' Den and is also herself a successful businesswoman. Aged just 19, Deborah founded a ceramics and glass company in Italy, which saw her supply products to large companies such as the likes of Harvey Nichols. Motivated to continue her journey after her first business ultimately failed, Deborah joined a partner and purchased textile franchise Stefanel. After two years with the company, Deborah decided to sell her shares to the partner and pursued business management in the leisure industry.

After operating numerous leisure and retail businesses Deborah joined family business Westar Holidays, ultimately running a multimillion-pound business, increasing the number of customers to 150,000 and finally selling her shares in 2007. Continuing her dominance in the business world, Deborah then purchased Fox Brothers in 2009 and then founded The Merchant Fox in 2011. Deborah soon established a highly regarded reputation in business, renowned for her savvy decisions and corporate investment.

Amongst her successful business ventures, Deborah was scouted for her television career back in 2006. Alongside other corporate investors, such as James Caan and Hilary Devey, Deborah joined the cast of Dragons' Den. Shortly becoming a fan favourite, Deborah is now the highest investor of all Dragons in the Den with 63 business investments. Widely regarded as an inspirational business figure, Deborah has authored several books such including Common Sense Rules: What You Really Need to Know About Business. Detailing her knowledge and experience of the fast-paced world of business, Deborah provides an authoritative account of what it takes to invest and succeed.

As a speaker, Deborah is sought to deliver erudite knowledge of business and retail management detailing what it takes to thrive. From managing multimillion-pound holiday business Weststar Holidays to thriving textile industries, Deborah is the ideal speaker to bring understanding to the fast-paced and ever-changing business landscape, helping corporates to better their chances of survival.

Back to 'Entrepreneurship Speakers'
To book Deborah Meaden as the speaker for your corporate event, function or conference, contact The Motivational Speakers Agency using the contact details below:
Enquiry form 0207 0787 876 [email protected]
* 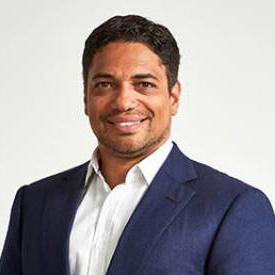