An advocate for the services of small businesses, Holly Tucker is best known as one of the founders of Notonthehighstreet alongside Sophie Cornish. Also the founder of Holly & Co, Holly is a successful entrepreneur highly sought as a speaker for events. As a speaker, Sophie pushes the importance of supporting small businesses along with her journey to success as Europe’s biggest marketplace for small businesses.

Holly Tucker is an entrepreneur who is tirelessly working to support and push the importance of small businesses. Founder and co-founder of retail businesses, Holly knows what it takes to succeed and is now highly sought as a public speaker for events. With previous clients including the likes of Acumen Business Law Ltd and ICAS, Holly raises awareness of supporting small business and shares her journey to success with Notonthehighstreet, which is now Europe’s largest marketplace for small businesses to advertise their products.

Best known as the co-founder of Notonthehighstreet.com and founder of Holly & Co, Holly is an expert in all things retail and ecommerce. Passionate to help small businesses thrive, Holly partnered with Sophie Cornish to create Notonthehighstreet where owners of independent businesses could market and sell their products from. Holly & Co is a coffee shop and brand consultancy agency, specialising in all things creative business. As founder of Holly & Co, Holly is helping to celebrate strengths and weaknesses and to encourage others to become entrepreneurs and begin their own small businesses.

Before the heights of fame with Notonthehighstreet, Holly struggled with Dyslexia in her early career thriving in the industry outside of academia. She soon joined Publicis, where she pushed herself to become one of the youngest advertising managers and she later went on to join media conglomerate, Condé Nast. However, Sophie was determined to work for herself, and so joined forces with Sophie Cornish to establish a marketplace for small businesses, which has now blossomed into the highly successful Notonthehighstreet.

Outside of her business ventures, Holly has been highly commended for her contributions to small business and retail. She has been appointed MBE during the 2013 Birthday Honours and was selected to be a UK Ambassador for Creative Small Businesses in 2015. She has also claimed recognition as Media Momentum Woman of the Year, EY Entrepreneur of the Year and Entrepreneurial Woman of the Future Award. Holly has also been recognised in the 35 Women Under 35 by Management Today and been the winner of The Google Award in Digital.

Today, Holly is a popular choice as a speaker for corporate events, sought to share her passion for small businesses and how she created Europe’s largest marketplace for such businesses. She has also been fortunate to publish her own books, with titles such as Shape Up Your Business and Build a Business from Your Kitchen Table. A keynote with knowledge suitable for many retail, business and commerce events, Holly is guaranteed to be a hit with all audiences.

"Holly was an absolute delight to work with. Her presentation was engaging and insightful and left our members feeling motivated and inspired." - Jess, ICAS

"Holly was fantastic! Our clients loved her, she really did end our event with a bang! We actually gave our guests feedback cards to complete on the day and Holly’s name was mentioned a few times as their highlight from the day." - RedEye

"The perfect fit, we have had 100% positive feedback" - Acumen Business Law Ltd

Back to 'Female Business Speakers'
To book Holly Tucker as the speaker for your corporate event, function or conference, contact The Motivational Speakers Agency using the contact details below:
Enquiry form 0207 0787 876 [email protected]
* 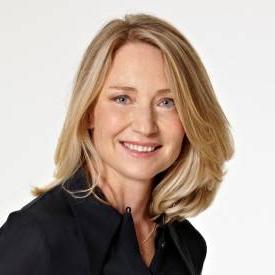