Kevin Gaskell is a renowned businessman and CEO, best known for developing and leading motor industry giants Porsche, Lamborghini and BMW. Responsible for the turnaround of countless businesses, Kevin is an expert in turning losses to profit. As a speaker Kevin is continually sought to share how he drove success and triggered growth, both advising and inspiring the business leaders of the future.

After obtaining a degree in civil and structural engineering at the University of Bradford, Kevin began to pursue his career as an influential businessman. By 1987, Kevin made his first big leap into the world of business joining Porsche GB Ltd. Working his way through the ranks, Kevin was shortly appointed as the Managing Director of Porsche aged just 33. Kevin began to forge his reputable career as a businessman with the company, ultimately spearheading the turnaround of the business pushing it away from making financial losses to become one of the most profitable motor companies in the United Kingdom.

His stint at Porsche was followed by his appointment as Managing Director of Lamborghini, working with the supercar brand from 1995 to 1996. After once again working his magic, improving the customer service and financial performance of the brand Kevin then moved to work as Managing Director of BMW in 1996. His time at BMW was revolutionary, granting the company three consecutive years of growth in record-breaking figures. In recognition of his ground-breaking efforts, Kevin was noted as one of the Top 40 Managers Under 40 in the UK in 1998.

After his successful tenure with BMW, Kevin then moved to join CarsDirect as their European CEO. Kevin has also contributed to starting businesses, helping to establish Epyx Limited back in 2000 and acting as a board member until 2009. Kevin also joined EurotaxGlass in 2001, accepting the role of Group CEO and ultimately helping to expand the company’s operations into 30 different countries. He has also acted as the Chairman of Achilles Group Limited, Chairman of Courland International and an associate partner in DDA Consulting International. Kevin has also been the Chairman of Motoriety.co.uk, Traderoot Technologies Ltd, iCaaS, ITS Technology Group and Amber, The Health and Safety Communication Platform.

Outside of his illustrious work within the motor industry, Kevin is a keen adventurer. Growing up in North Wales, Kevin found a love for exploring as a child traversing the rocky terrains of Snowdonia. Now Kevin uses his adventuring as a way to raise money for charity, after unfortunately losing his sister due to Cancer, and has even helped to fund a Cancer treatment centre. With such an illustrious career to his name, Kevin is now sought as a keynote speaker delivering talks on peak corporate performance, brand development and leadership. Described as a ‘natural communicator’, Kevin delivers internationally on how he has led, developed and motivated teams of various sectors including technology, automotive, data and even landscape gardening. Driven and passionate, Kevin is the ideal speaker to help corporate clients to develop and ensure the success of their businesses.

"Absolutely motivational, thought-provoking and inspiring, you moved and enthused our audience, you were a superstar today" - World Management Forum 2011

"Kevin is an exceptional speaker. He took time to understand our business’s challenges and tailored his key messages for our team." - ACCA Glasgow

“He was fantastic; really energetic, thought-provoking and he managed to cover just the sort of stuff we were looking for.”- GEM CSU

"I have had the pleasure this week of listening to you speak to a St James Place audience in Portugal. It was fantastic - the best I have seen in my 24 years in the financial services industry. I am going to implement everything you said and hope it will have the same impact on my business as it has had on your business and life." - St James's Place

"We want to stress that overall, the feedback was incredibly positive, and that Kevin was inspiring. We also loved that he wanted to stay on and be part of the discussion groups." - Baker Tilly International

Back to 'Business Speakers'
To book Kevin Gaskell as the speaker for your corporate event, function or conference, contact The Motivational Speakers Agency using the contact details below:
Enquiry form 0207 0787 876 [email protected]
* 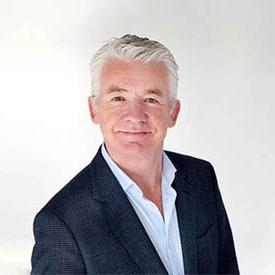 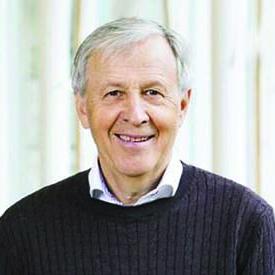 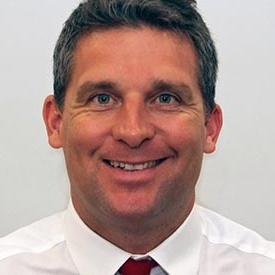