As the winner of the 2015 series of The Apprentice, Joseph Valente is the founder and director of a number of businesses. Having gone from being expelled from school at the age of 15 to the business partner of Lord Sugar, Joseph showed the nation how it’s always possible to change your life around.

Having experienced a troubled childhood, Joseph Valente found himself lacking direction when he was expelled from school at the age of 15. After ten years of pure focus and dedication to creating himself a path in life, it was when his Mum gifted him with Alan Sugar's book, What You See Is What You Get that his life began to change for the better. He became glued to the book as he read about Alan Sugar’s journey to success and became more and more inspired as he continued.

With fresh ambition and a huge motivation, Valente jumped straight online and took out at £15,000 personal loan in order to start up a business. However, with no business experience, he was left struggling to take his company to the next level and so three years in, he applied to compete on The Apprentice.

Throughout the BBC reality show, Joseph learnt how to sell, pitch, invent, create, test and market a whole variety of products in the weekly tasks set by Alan Sugar. He came to the realisation that no business person is perfect in all sectors but that in order to be a great leader, he would have to know a bit of everything. Taking this knowledge through with him to the final, Joseph went on to win the competition and he began working on ImpraGas with his newfound billionaire business partner.

Now the full owner of a multi-million-pound company that operates in 28 countries, Valente has launched his own book entitled, Expelled From The Classroom To Billionaire Boardroom and has now set his sights on opening the Joseph Valente Mentoring Academy.

As the second Apprentice winner to be awarded 2017 Young Guns by Startups, Joseph Valente has gone from 'good to great' in his career and is now using his platform as a motivational speaker to promote his can-do attitude. He includes anecdotes from his Rag to Riches story to allow his audience to realise that anything is possible with a bit of ambition and motivation.

Watch Valente discuss why he bought Lord Sugar back out below:

Business Management
The Apprentice
Working with Lord Alan Sugar
Business Strategy
Back to 'Business Speakers'
To book Joseph Valente as the speaker for your corporate event, function or conference, contact The Motivational Speakers Agency using the contact details below:
Enquiry form 0207 0787 876 [email protected]
* 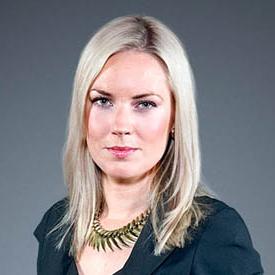 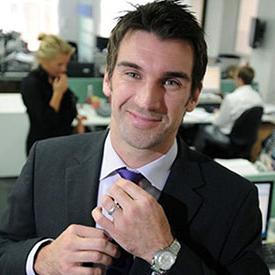 Lee McQueen Successful business man & winner of The Apprentice in 2008