Karan Faridoon Bilimoria, Lord Bilimoria, is an Indian-origin British entrepreneur and a life peer best known as co-founder and Chairman of Cobra Beer.

Karan was born in Hyderabad, India into a Zoroastrian Parsi family with a distinguished background in the armed forces and business. He moved to London on a scholarship after graduation from Osmania University in Hyderabad and received a diploma in accounting from the London Metropolitan University. He qualified as a chartered accountant with what is today Ernst & Young.

Karan then graduated in law from the University of Cambridge as a student of Sidney Sussex College, during which he toured India as part of the Cambridge polo team and noticed that Indian-made polo sticks were of higher quality than those made in Britain.

He promptly embarked on his first business venture, importing polo sticks to Britain, selling them successfully and profitably to Harrod’s and Lillywhites. He also experimented with importing other products, before going on to implement an idea he had conceptualised during his time at university, which was to create a unique Indian beer. And with that, Cobra Beer was born in 1989.

The early days weren’t straightforward – Karan was £20,000 in student debt, so he had to borrow money from numerous sources, and cases of beer were delivered by him in a Citroen 2CV. Nevertheless, Cobra grew from strength to strength and became the beer of choice in Indian restaurants across the land.

In 2004 Karan was appointed a Commander of the British Empire (CBE) for services to business and entrepreneurship, and in 2006 he was appointed an Independent Crossbench Peer in the House of Lords and created Baron Bilimoria of Chelsea in the Royal Borough of Kensington and Chelsea.

Since 2007 Karan has been a Non-Executive Director and Senior Independent Director of the Booker Group PLC, the UK’s largest wholesale operator and a FTSE 250 company, and since 2011 he has also been Chairman of the Molson Coors Cobra India Ltd joint venture.

Listen to Karan's insights into the future of business here;

"A very accomplished speaker and fantastic storyteller who we could have listened to for hours! A great balance of a personal story combined with pertinent business messages of integrity, the entrepreneurial spirit and making a difference." - Harvey Thorneycroft Ltd

Back to 'Business Speakers'
To book Karan Bilimoria as the speaker for your corporate event, function or conference, contact The Motivational Speakers Agency using the contact details below:
Enquiry form 0207 0787 876 [email protected]
* 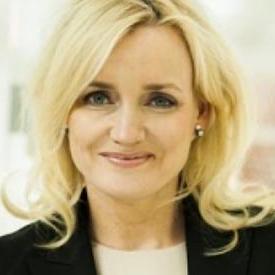