Tania de Jong is an acclaimed singer and award-winning businesswoman, with five businesses and three charities to her name. A leading authority of creative thinking, innovation and entrepreneurialism, Tania is highly sought as a public speaker. Delivering erudite keynote addresses, Tania’s knowledge knows no bounds. Covering topics such as human intelligence, mental health, mindfulness and inclusion, Tania is the perfect speaker to engage corporate audiences.

Widely regarded as one of Australia’s most successful female entrepreneurs, Tania de Jong has made her mark in the world of business after she founded five organisations and three charities. Born into a family where innovation and business ran in the blood, her grandmother taking claim to inventing the folding umbrella, Tania was destined for a successful career. She is the founder of Creative Innovation Global, Music Theatre Australia, Pot-Pourri, The Song Room, Creative Universe, Creativity Australia and Dimension5 and co-founder of Mind Medicine Australia. Tania’s business ventures have earned her a reputation as a serial social entrepreneur, with knowledge spanning the business, entertainment and public sectors.

Tania is also a talented soprano singer, having released several solo albums and albums with her singing group Pot-Pourri. Her talents know no bounds, beautifully singing her vocals in languages such as Spanish, Latin, German, Russian, Italian and Mandarin to name a few. Possessing a creative spirit, Tania has channelled her passions into countless charities and organisations. She founded Creativity Australia and The Song Room, with the aim to support disadvantaged individuals in building supportive communities, focusing on their wellbeing and creative learning. She has also founded Creative Universe and Dimension5 to deliver transformational lessons on leadership, innovation and collaboration.

An authority of creative thinking, Tania is highly sought to deliver a plethora of keynote speeches, conference facilitation, workshops and after dinner tales. Individuals, companies and corporations from all kinds of sectors have sought Tania’s erudite knowledge, with previous clients including the likes of Thinkers 50, McKinsey & Company, the Department of Defence and The Florey Institute to name only a few. She has delivered at a range of prestigious events with the likes of the International Innovation Symposium being at the top of her incredible list of previous speaking engagements. A seasoned TED talker, Tania has engaged audiences ranging from just 10 to 10,000 with titles such as How Singing Together Changes the Brain. She has also been at the helm of the Creative Innovation Asia Pacific Global Forum, organising a gathering of international leaders to discuss the ever-changing world that we live in. She has also previously been invited to speak as a Thinkers50 keynote speaker.

Tania is also heavily concerned with mindfulness, mental health and inclusion. She co-founded Mind Medicine Australia, with the vision to provide psychotherapy for people who are suffering from mental health issues and mental illness. She focuses many of her keynote addresses on current mental health statistics, engaging corporate audiences with how they can raise their consciousness of such a topical subject. She is also a firm believer that technology is taking over, and that we speak to computers more than each other, pushing the importance of human interaction and eradicating loneliness and social isolation in her keynote addresses. Tania also covers how singing changes emotion and the brain and how we can work together to create more inclusive communities and cultures.

Throughout her career, Tania has claimed countless awards with her most recent being recognition on the 100 Most Influential Women in Australia list and Top Most Influential Australian Entrepreneurs. Tania has without a doubt left her mark on the world of business, speaking and performing and is the ideal speaker for your next corporate event.

"Tania brings her own special magic to an event. She combines valuable insights with a fantastic singing voice – a truly unique experience. She electrified the 2018 European Business Forum"- Thinkers 50

"It was a fantastic experience to hear your speech at Thinkers 50 in Odense in 2018. You really made it crystal clear to all of us what “purpose” means and how important it is if you want to make a difference. Very impressive"- European Business Forum

"Tania was a brilliant addition to the 2019 International Consciousness Forum, held in Madison in May 2019. Her presence brought a new dimension of light and sound to this event with her amazing voice and ability to connect personally with so many of the attendees and presenters. Her philanthropic work is truly impactful in making a positive difference in the lives of many"- USONA

"It is truly inspiring to be in the presence of someone as passionate, creative and confident as Tania de Jong. It’s her passion and outside of the box thinking that is most impressive as she takes those around her on her incredible life journey. Most importantly, it’s her incredible being that made her keynote at our conference exceptional and that’s very hard to find. It was highly interactive, engaging, and pushed people’s boundaries which was great to observe. You are an amazing person Tania so thank you for sharing your greatness with us"- Blackbaud

"Once again Tania demonstrated how well she can adjust to the needs of different audiences. For our staff conference she successfully focused on our conference themes of innovation, managing change and the importance of effective teams. As usual she managed to fully engage our group and achieved a high level of participation by all. In our post conference feedback sessions the group unanimously scored her segment as outstanding"- David, ASCA

"Tania’s keynote address was an inspiring call to action on our individual and collective creative capacity. And I never thought I would witness our national team in full and rapturous song together. The experience left us all with a sense of unexpected elation!"- Mathew, Myer Family Company

"It was a personal and professional honour to have Tania speak at Creative Mornings Melbourne. Her presence and skill in commanding a large group is second to none, and the very fact that she got over one hundred people standing up and singing at 8:30am on a Friday is a testament to her unique abilities. Her ongoing commitment to entrepreneurship and innovation made for a very powerful talk and left our audience visibly inspired. I would strongly recommend Tania as a speaker or facilitator for any like-minded communities looking to expand their horizons"- Jeremy, Jacky Winter Group

Back to 'Business Speakers'
To book Tania de Jong as the speaker for your corporate event, function or conference, contact The Motivational Speakers Agency using the contact details below:
Enquiry form 0207 0787 876 [email protected]
* 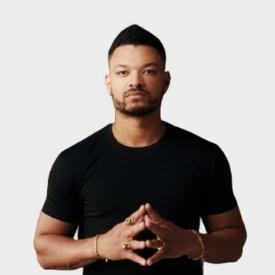 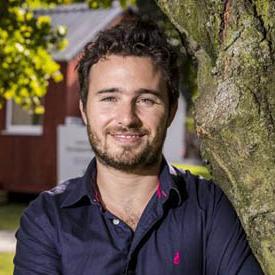