Chris Kelly is widely known as an expert of privacy and security, making fame as an attorney, entrepreneur and activist. A prominent member of staff at social media giant Facebook, Chris has made many firsts for the company and spearheaded its privacy throughout his tenure. Chris has also channeled his interests into investing in films, start-up businesses and restaurants as well as leading a career in law and public policy.

Pursuing a career in law and politics, Chris graduated from Yale University with a Masters in Political Theory and from Harvard Law School with a degree in Law. During his studies at Yale University, Chris developed a passion for politics and joined the presidential campaign staff of Bill Clinton. Before long, Chris was appointed as a policy advisor as part of Clinton’s campaign, serving at the United States Domestic Policy Council and Department of Education. During his time as a policy advisor, Chris was able to create great change for the citizens of America, including being a prominent member of the team that made it possible to get 100,000 new police officers onto the streets of the country. Chris was also a prominent figure in the introduction of AmeriCorps, an initiative with the vision of improving health, public safety, the environment and education for the citizens of America.

When Chris went to study at Harvard Law School, he developed a newfound passion for legal matters and subsequently clerked for Barry Moskowitz, a well-known federal judge. Impressing with his legal knowledge, Chris was later appointed to practice law with private firms Wilson Sonsini Goodrich & Rosati and Baker & McKenzie. His time in law saw Chris defend many prominent cases, such including the Microsoft antitrust case and the case over the very first MP3 player for Diamond Multimedia.

Throughout his time in law and politics, Chris was able to gain an understanding of privacy and security. With such knowledge, Chris joined Facebook in 2005 to act as their Chief Privacy Officer, Head of Global Public Policy and Vice President of Corporate Development. Sitting at the helm of the technology giant, Chris helped to make Facebook a safer place for its users, helping the platform to grow from its humble beginnings to the platform that we see today. Developing the sites security policies, Chris helped more people to trust the social media platform. He also deployed several trained members of staff to enforce laws and rules, a factor that is credited for the success of the platform today. Most notably, Chris developed several safeguarding measures to help protect children.

Upon leaving Facebook, Chris decided to go back to his routes of law. In 2009, Chris announced that he would be running as a candidate for the office of the Attorney General of California. Unfortunately, Chris was only able to secure 16% of the vote but had his first experience of standing for the election of public office. Since leaving Facebook, Chris has dedicated his time to investing founding Kelly Investments, channelling his money into various start-up businesses, restaurants and films. Chris has also become the co-owner of Sacramento Kings, an NBA professional basketball team. He has also acted as the General Counsel, Corporate Secretary and Chief Privacy Officer for Spoke Software.

Now called upon to perform as a public speaker, Chris is known to cover various aspects of privacy, technology, success and business. Having worked a varied career of law, politics and technology, Chris is an engaging speaker whose knowledge knows no bounds. Widely regarded as an industry-leading professional, Chris Kelly is the perfect speaker for a range of corporate occasions.

Chris Kelly is widely know as the first Chief Privacy Officer for Facebook. Here he is delivering a talk for the Western Connecticut State University.
Here Chris is being interviewed by Tech4Obama, discussing the course of his career.

How to Have Privacy, Security, and Safety in an Interconnected World

Inside Silicon Valley: The Keys to Entrepreneurial Success

The Future of Technology and Our Digital World

Co-Owner of the Sacramento Kings

Back to 'Cyber Security Speakers'
To book Chris Kelly as the speaker for your corporate event, function or conference, contact The Motivational Speakers Agency using the contact details below:
Enquiry form 0207 0787 876 [email protected]
* 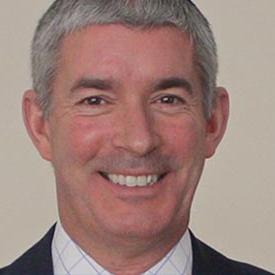