Ashley John-Baptiste has led a life unlike any other. From growing up in the care system to auditioning for the X Factor, then leaving the X Factor to pursue a career in journalism and motivational speaking, his story serves to inspire audiences of all ages. The perfect speaker for a wealth of events, including virtual and in-person functions, do not miss this booking opportunity.

Including in-person and virtual events, Ashley John-Baptiste connects with his audience on a personal level, unlike any other motivational speaker. Having hosted The Edinburgh TV Festival and events for the Royal Television Society in 2020, he continues to be one of the most relevant speakers on the circuit. Ashley’s onscreen credits include The One Show and BBC News, as a BBC reporter and presenter, a testament to his ongoing popularity with the British public. When booked for events, audiences instantly recognise this inspiring personality, adding to the experience.

2020 saw Ashley host several virtual events and conferences, including the National Care Conference, where he interviewed the keynote speaker, and BBC Radio 5 Live. Remaining with the BBC, he presented For Love or Money with Kym Marsh, a testament to Ashley’s mainstream relevance. His extensive experience in broadcasting and journalism makes him the perfect guest speaker, as Ashley can discuss a wide range of topics relating to the media industry.

Ashley’s motivational speeches take audiences on a journey through his life, starting with a troubled childhood, through his X Factor experience and concluding with his successful journalism career. Having grown up in the care system, he holds education, fostering and adoption close to his heart, making Ashley the perfect feature at such impactful events. Now a champion for other young people in care, he uses his experiences as a vehicle for positive change.

In 2011, as part of the boyband Risk, Ashley auditioned for The X Factor, but quit the show part-way through. Instead, he chose to use his media power to spark transformative improvements to the care system, investing his energy in the BBC Three documentary, Home Kids: Looking for Love. Since then, Ashley hosted such live coverage as the Grenfell Disaster on BBC Two and the 2018 Russia FIFA World Cup, before presenting on The One Show.

Shortlisted for the 2018 Royal Television Society’s Young Talent of The Year Award, a motivational speaker and presenter like Ashley truly is one in a million. As an ambassador for The Fostering Network, a charity that helps children in care, he continues to impact the success of fostering and adoption. The singer turned reported, turned motivational speaker, credits his success to the support of his MP, who helped him win a place at Cambridge University. Booked for virtual and traditional events, Ashley proposes the importance of perseverance in the face of adversity, and the power of your voice against discrimination.

"Ashley gave such a heartfelt speech and touched all our foster carers. He came across so well and definitely inspired us all with his experiences and outlook. We feel really fortunate that he feels able to share his story and it's amazing what he has achieved so far in his life. We would like to wish him all the best and I'm sure we will have him back to talk again in person! I am really delighted with how the evening turned out. I've never planned an event on this scale over the virtual world and I was worried how it would turn out. Both Ashley and Richard helped to make it a brilliant evening for everyone to enjoy and one we will be talking about for a long time. Thank you too for your help in making the arrangements and overseeing everything" - Michelle, Adoption & Fostering Recruitment Team Manager, Hertfordshire County Council

“Ashley transported our students to a place where achieving goals and having aspirations could be considered impossible, but he showed that if you want something bad enough then it is possible by resilience and hard work. The whole session was pitched perfectly.  His audience was predominantly students studying media and journalism. Ashley is a very sociable young man who came across very well with our students.” - University of Northampton

“Ashley is a brilliant role model and the perfect champion for all that the awards stand for. We’re thrilled that he has chosen to support the charity, which gives dedicated, committed and passionate social workers the recognition they deserve.” - Chair of the Social Worker of the Year Awards

“We were delighted when Ashley agreed to chair a panel at our event – made up of eight young speakers, aged from 14-22. Ashley was absolutely brilliant in this role, supporting all the young speakers to feel comfortable, and making sure they were all given equal opportunities to participate, as well as sharing his own, incredible story. Ashley’s warm and inclusive style shone through at all times.” - Unicef UK Child-Friendly Cities & Communities Programme

“Ashley was excellent; it was a pleasure to meet him.  He fully met the brief provided which was to talk about his past, highlight individuals that were influential in supporting him through his education and to motivate Governors to continue to be influential in their school roles. His speaking style was relaxed, engaging, personable, inspiring, and motivational.  The audience were delighted with his speech with comments such as ‘Superb’, ‘Inspirational’, ‘Excellent choice’, ‘Brilliant motivational speaker’ and ‘Amazing main speaker! I would vote for him as Lord Mayor of London!’” - Governor Support Specialist Officer at Coventry City Council

“We had the pleasure of having Ashley John-Baptiste as one of our special guests at The Fostering Network’s 2015 Fostering Excellence Awards. He spent the evening talking to children in care, foster carers, social workers, and even The Duchess of Cambridge, and he showed his kind, engaging, and genuine nature throughout. The young people he presented an award to were delighted to meet someone who has worked so hard to achieve his own goals and commented on how inspiring it was. Ashley was a pleasure to have at our awards and we thank him for making a special evening that bit more special.” - The Fostering Network

“Ashley was excellent, and I would have no hesitation in recommending him to other Virtual Schools.” - Brighton & Hove

"The virtual call from Ashley went very well on Friday. We received excellent feedback from the FCs during the call and afterwards- several people were inspired by Ashley's achievements"- Simon, Sunbeam Fostering

Back to 'Education & Youth Speakers'
To book Ashley John-Baptiste as the speaker for your corporate event, function or conference, contact The Motivational Speakers Agency using the contact details below:
Enquiry form 0207 0787 876 [email protected]
* 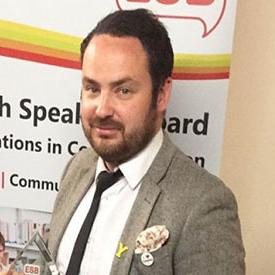 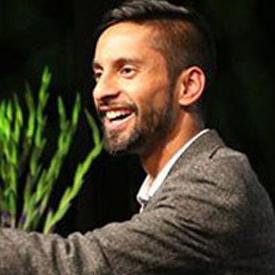