Retail business mogul, Touker Suleman, became a household name after featuring on BBC2's Dragons' Den. Born to a Turkish Cypriot family in 1953, Touker moved from Famagusta to England and is now the owner of Hawes & Curtis, Ghost and Low Profile Group.

Touker’s first business opportunity came in the form of a small cash-and-carry he acquired in 1984, which he then turned into Low Profile Group. The clothing manufacturer supplied UK retail stores like Marks & Spencers, based in Turkey, Bulgaria, and Georgia.

Two decades later, Touker’s business also acquired Hawes & Curtis for the unbelievable price of £1. From 2001 and 2014, turnover expanded from £600,000 to £30 million. During this time, Touker stood as the Chairman of Hawes & Curtis. By 2014, the business operated from 30 branches in the UK and 1 in Germany. Showing no signs of slowing down, the UAE investment group, Korath Holding, opened 26 Hawes & Curtis stores across the Gulf, in a deal worth $5 million.

Backed by Hawes & Curtis’s comfortable ROI, Touker bought the UK fashion label, Ghost, after the previous owner, KCAJ an Icelandic investment fund, removed its investment due to the Icelandic banking market’s collapse. Touker’s decision saved 142 job roles across the company, securing the future of the employees at Ghost. A year after Touker bought the company, the label collaborated with the designer, Modernist.

On top of Low Profile Group, Hawes & Curtis and Ghost, Touker also invested in Docks Rio, boat shoes, Intelligent Advertising, online advertising, Personify XP, AI personalisation, Huxley & Cox, luxury handbags and Bikesoup, a marketplace for bikes. Most recently, he has featured on the hit BBC2 TV show, Dragons' Den, alongside fellow investors Peter Jones and Theo Paphitis. As a dedicated investor with his roots in start-up businesses and responsible company values, Touker embodies the spirit of the Den bringing his formidable business acumen and genuine personality to millions of viewers.

On the public speaking circuit, Touker regularly offers his expertise at industry events and conferences around the world. With years of experience not just building his own business, but rebuilding numerous failing businesses, he has an abundance of expertise to share with audiences. As a motivational speaker, Touker uses his journey of self-belief to inspire the business leaders of tomorrow to take calculated risks and invest their efforts into the industry. 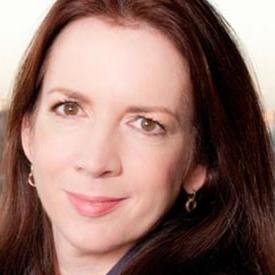